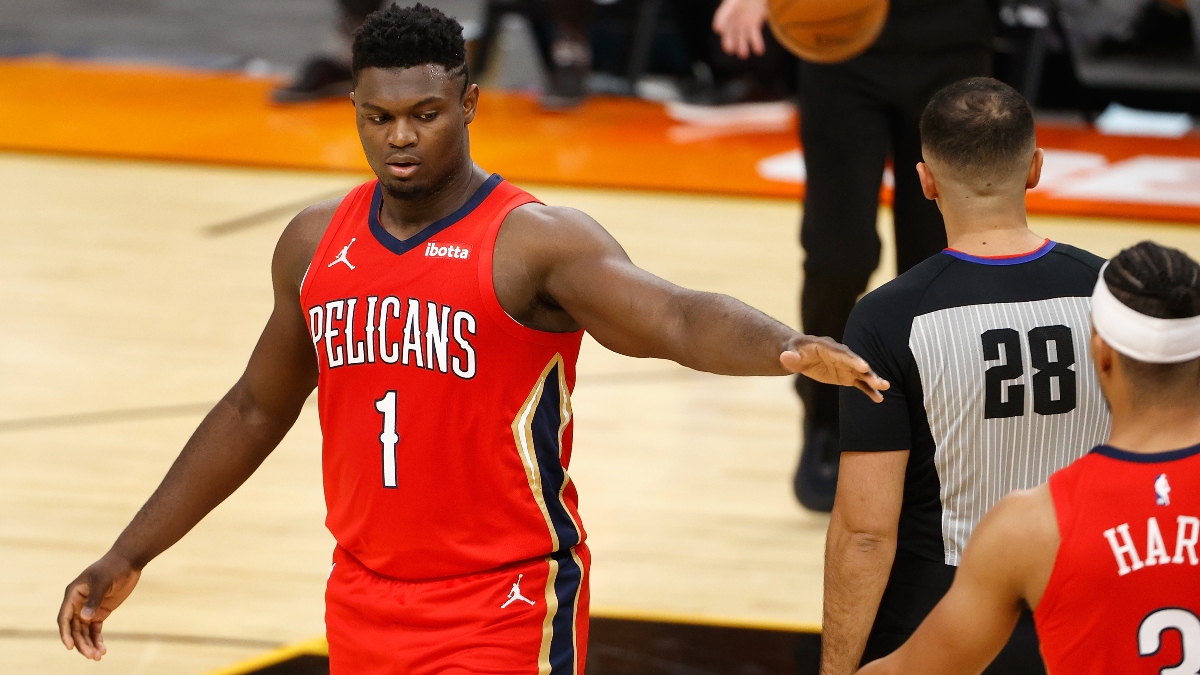 The Toronto Raptors (1-3) will look to win their second game of the season as they travel to take on the New Orleans Pelicans (3-2) on Saturday at 7:30 pm ET.

Over the past several seasons, the Raptors have always been seen as one of the top teams in the Eastern Conference. Unfortunately, the departures of Serge Ibaka and Marc Gasol are evident this season, as the Raptors lost their first three games before ultimately defeating the New York Knicks 100-83 on New Year’s Eve.

Fred VanVleet led the way for the Raptors in their victory over the nets, putting up at 25-5-7 stat line.

The New Orleans Pelicans are coming off of their own dominant New Year’s Day win, where they beat the Oklahoma City Thunder 113-80. Brandon Ingram had 20 points in the win, while Steven Adams had an impressive 14-10-2 double-double game.

The two teams have already met once this season on opening night in a game that saw the Pelicans defeat the Raptors 113-99.

According to FanDuel, the Raptors are the favorites to win the game with a -122 moneyline, while the Pelicans’ moneyline sits at +104.

Despite the Pelicans owning a better record than the Raptors, both teams have struggled offensively so far in this young season

On the defensive side of the ball, it seems like both teams are pretty much evenly matched there too, as the Raptors have only allowed 103.8 points against per game (4th) in comparison to the Pelicans, who’ve allowed an average of 99.2 (2nd).

Even if both teams are close defensively in terms of points allowed, the Pelicans have the Raptors beat in an important category: rebounding.

Who will step up for the Raptors?

After Ibaka and Gasol left the Raptors, the team signed centers Aron Baynes and Alex Len to replace them, but they haven’t performed that well so far.

Kyle Lowry has been his usual self this season, leading the team in points (19.5) and assists (8.2), so it’s hard to imagine what else he could possibly do to make the team even better.

Another player who definitely needs to step up after his four-year $72 million extensions is OG Anunoby. While defense is his #1 priority, he’s shooting .405/.250/.700, which is below his career average.

Pelicans beginning to realize their potential?

Speaking of which, Williamson has had a decent start to the season, averaging 19.4-8.4-1.0 as he hopes to play more than the 24 games he played last season.

Meanwhile, Brandon Ingram continues to show why he was such a big part in the aforementioned Davis trade, leading the team in points (22.6) and assists (5.6) per game this season. He also put up a 24-point double-double against the Raptors in the first game of the season.

Steven Adams was one of the Pelicans’ biggest offseason moves and, so far, it seems to have paid off as he’s been close to averaging a double-double up to this point (9.4 points, 8.8 assists per game).

While the Pelicans have had a rough last few years, it seems that they are dangerously close to reaching their potential as a team and as a threat in the West.

Pelicans to win a close one

Despite the Raptors being the marginal favorites to win, I’m expecting the Pelicans to win a close one close game in New Orleans.

While both teams are relatively evenly matched, I think that the Pelicans have a bigger advantage in the rebounding department with players like Adams and Williamson, and that could be the deciding factor in this game.