Pelicans vs. Suns Preview: Which Duo of Young Stars Will Come Out on Top? 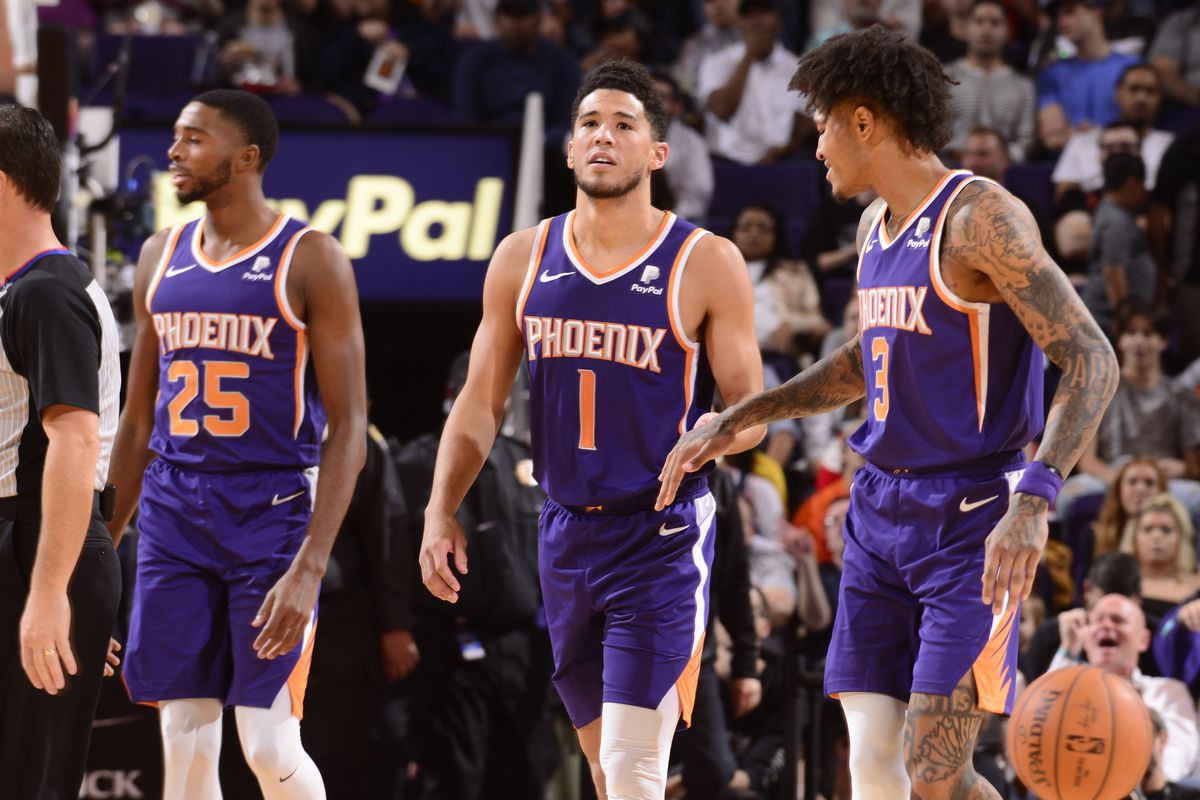 The Western Conference is as loaded as ever this season. Of the 15 teams in the Western Conference, there is an argument that each one could be capable of making a run at the postseason if everything falls the right way. That includes the New Orleans Pelicans and Phoenix Suns, two teams led by young stars that have high hopes for the future but hope to achieve in the present as well.

Those two teams face off in Phoenix on Tuesday night, with Zion Williamson, Brandon Ingram, and the Pelicans visiting Devin Booker, Deandre Ayton, and the Suns for an exciting matchup that will tip-off at 10:00 pm ET/8 pm local time and be televised nationally on TNT.

Odds for Pelicans vs Suns

The Pelicans are 1-1 on the young season, having won 113-99 “at Toronto, who is playing in Tampa this season, and losing 111-98 at Miami on Christmas Day. In the opener, the Pelicans had five double-digit scorers, led by Brandon Ingram’s 24 and J.J. Redick’s 23, with a 38-22 third quarter proving decisive after New Orleans went into the halftime break down by seven. Against the Heat, Ingram had 28 and Zion had a big game with 32 points and 14 rebounds, but the Heat led by 13 at halftime and went on to win by that margin.

Last season, Zion never played more than 33 minutes after making his season debut on January 22 due to a meniscus tear. In the 24 games he would play, he averaged 22.5 points and 6.3 rebounds in 27.8 minutes per game, putting up an average of 15 shots and 7.4 free throws per game and shooting 58.3% from the field and 64% from the free-throw line. Zion played a career-high 38 minutes against the Heat on Friday, and in two games is averaging 23.5 points and 12 rebounds and is shooting 62.1% from the field. If there is a flaw in his game, it is his free-throw shooting, as he has gotten to the line 19 times in two games but has made only 11 of his attempts.

Ingram is the other star for the Pelicans, and he is well on his way to show that the best is yet to come for him after a breakout All-Star campaign last season in his debut campaign with the Pelicans. Ingram averaged 23.8 points, 6.1 rebounds, and 4.3 assists last season, and he is averaging 26 points, 5.5 rebounds, and seven assists per game thus far. It looks like he could be an even bigger threat from outside than he was last season when he averaged a career-high 39.1% from three and made 150 threes in 62 games after making 127 threes in 190 games in his three seasons with the Los Angeles Lakers.

First-year coach Stan Van Gundy has two bona fide young stars in his arsenal, but the Pelicans need consistent contributions from the rest of the roster if they are to seriously push for the postseason in the crowded West. JJ Redick had a huge game against the Raptors but scored only eight points on 1 of 7 shooting against the Heat. Lonzo Ball scored 16 points against Toronto but managed only five points against the Heat and has only eight assists and eight turnovers after an assist/turnover ratio of 7/3.1 last season.

Meanwhile, Eric Bledsoe, who came over from Milwaukee in the Jrue Holiday trade, was only 2 of 10 against the Heat after going 6 of 12 from the field with 18 points against the Raptors. Against Miami, Williamson and Ingram accounted for 60 of the Pelicans’ 98 points, with Josh Hart being the only other Pelican to score in double digits with 12 points. Such drop-offs from one game to the next can be the difference between being a playoff team and finding yourself in the draft lottery.

The Suns also find themselves at 1-1 on the season as of this article. The Suns opened with an impressive 106-102 home win over the Dallas Mavericks last Wednesday, with D-Book leading the way with 22 points. Saturday night, they fell 106-103 at Sacramento, who they face again on the road on Sunday night. It was a tight game down the stretch, but the Suns could not make key shots or get key defensive rebounds and lost a game they could very well have won.

The Suns very nearly made the playoffs last season by going 8-0 in the bubble, led by Booker’s stunning exploits. Booker, who has averaged 26.6 points per game in each of the last two seasons, is averaging 24 points per game in the early going this season. Ayton, who averaged 18.2 points and 11.5 rebounds last season, is averaging 11.5 points and 10 rebounds so far, while third-year forward Mikal Bridges is off to a solid start, averaging 13.5 points, five rebounds, and 2.5 blocks per game.

The Suns acquired future Hall of Famer Chris Paul to add some veteran leadership and production. After struggling in the opener against the Mavs, Paul recorded 22 points, five rebounds, and 12 assists in the loss to the Kings, which is more in line with what Paul has done throughout his esteemed career. Second-year forward Cameron Johnson (11.5 points, 3.5 rebounds per game) and offseason acquisition Jae Crowder (10.5 points per game, 8.5 rebounds, three assists per game) are the Suns’ other double-digit scorers, while Cameron Payne, who revitalized his NBA career in the bubble, is averaging 9.5 points and 3.5 assists per game.

The Suns should handle business at home and move to 2-0 at home on the season. If the spread is Phoenix -3 or lower, take Phoenix to cover along with the moneyline. Keep an eye on the over as well, as a high-scoring game is potentially in the cards with so much offensive talent on the floor on both sides.

Tip: Phoenix to win and the over