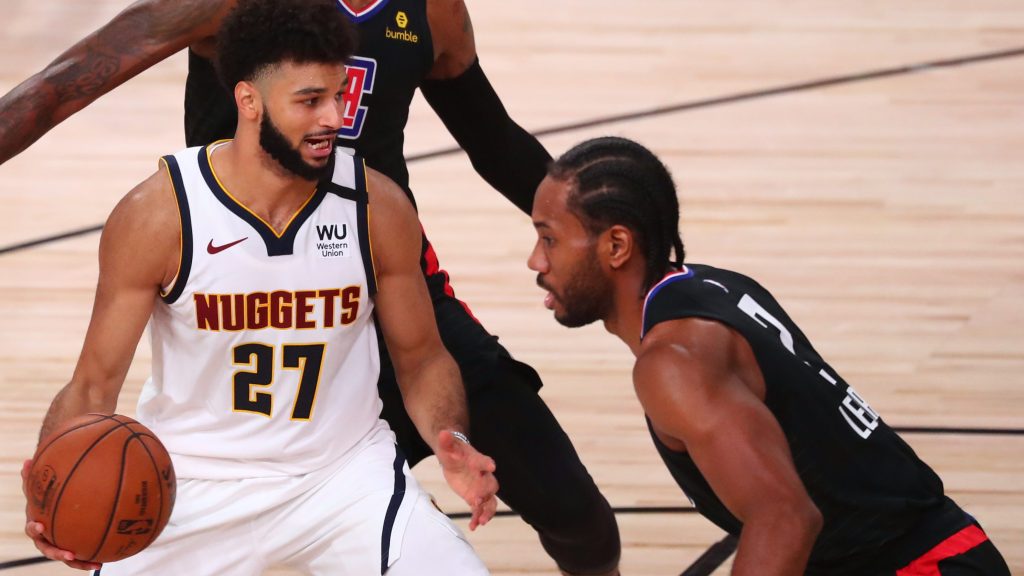 The games are coming fast, with at least one fixture every day. In what will be the first and only meeting in the 2020-21 NBA regular season, the Denver Nuggets will face-off with the Brooklyn Nets. The Denver Nuggets shocked the basketball industry with their performance in the 2019-20 Playoffs. They started the new season a bit slow but has since picked up the pace, winning four out of their last five outings. The Brooklyn Nets have a revamped squad. With the presence of Kyrie Irving, Kevin Durant, and Caris LeVert. The intent of the team to compete for the championship is clear. And with the quality of players on their roster, it is not a reach. However, they have hit a snag, winning two in their last five, after starting the season on a high note.

The Nuggets will make a trip to the Barclays Center, Brooklyn, on Tuesday, January 12, to face-off with the Nets. Tip-off is by 7:30 PM ET. FanDuel has placed the Nuggets as favorites, and it is clear why. They have a Moneyline of -116, while that of the Nets stands at -102. It promises to be a really close contest, and the points spread is a clear indication. The Denver Nuggets have a spread of -1 (110), while the Nets are +1 (-110).

Jokic will be instrumental in helping the Nuggets achieve a three-game road win streak. They have had a good record in the 2019-20 season, finishing the regular season 20-16 on the road. Unfortunately, Michael Porter Jr will be unavailable as he is undertaking the NBA health and safety protocols. However, Jamal Murray, who was phenomenal in the 2019-20 post-season will be available and will get help from Gary Harris, who was improved tremendously.

Will the Brooklyn Nets End Their Poor Run?

It has been a struggle in recent games for the Nets as they undoubtedly miss Kyrie Irving. LeVert has stepped up to the plate, but his efforts alone have not been enough to spur the team to victories. With the quality on the Nets’ roster, you can say they have put up a poor performance thus far in the new season with a 5-6 run. Kevin Durant missed three games before the Nets’ last outing against the Oklahoma City Thunder. However, he posted 36 points and 11 rebounds, though not enough to overcome Oklahoma. The status of Irving’s return is still unknown, meaning that the Nets will have to play another game without the point guard.

It will be a close game to call as both teams have exceptional players who can make a difference on their rosters. A victory for either team will come down to grit and who wants it more. With recent displays, the Nuggets look hungrier and will like to secure another Playoff spot for a shot at the title. That said, it is clear that the winning margin will be very small. It will be difficult for one team to pull away, so we will likely experience so many lead changes throughout the game.

The Jokic and Jared Allen battle will also be one to watch as both big men will attack every ball. Jokic will come out favorite in the tie as he is a more versatile player. That alone could be the difference in who wins the match.