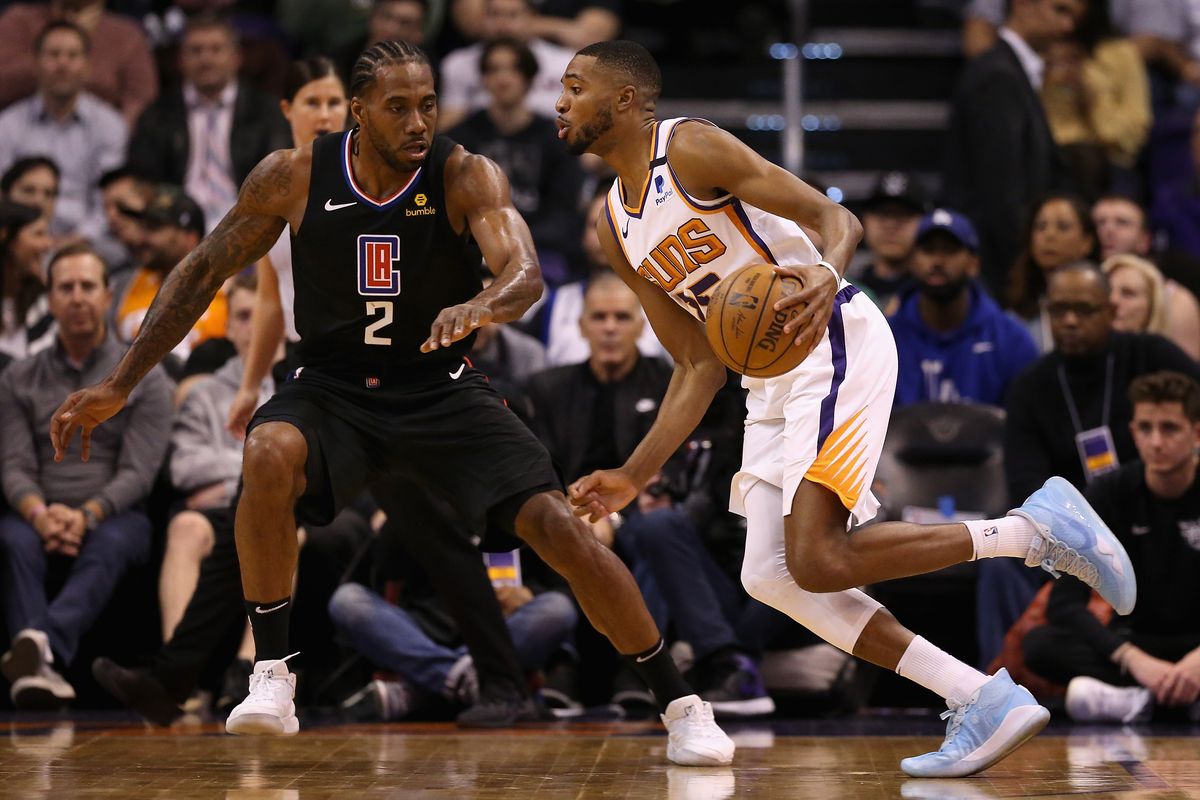 On Sunday, the Los Angeles Clippers (4-2) will head over to Phoenix to play the Suns (5-1) in a divisional clash between two of the Western Conference’s top teams at 8 pm.

The Clippers are coming off of a 106-100 loss to the Utah Jazz on New Year’s Day. Paul George had 25 points and a game-high six steals, while Kawhi Leonard had 20 points and 16 rebounds for the double-double. Unfortunately, the bench came up short for the Clippers as every non-starter for them was a minus player except Terance Mann.

On a more positive note, after defeating Denver Nuggets 106-103, the Suns have now won four games in a row, showing that the future is now in Phoenix.

Despite both teams being near the top of the league based on their record alone, while the season is still young, they sit in the bottom half of the league when it comes to points per game.

Comparing the two statistical categories, it’s obvious that the Clippers are going to have the solve the Suns’ defense if they want to bounce back into the win column.

Clippers need to play better to bounce back

While the Clippers only lost by six to the Jazz on New Year’s Day, they were down by 19 points heading into the fourth quarter. With the Suns’ having one of the league’s best defenses, there probably won’t be a comeback for the Clippers if that kind of deficit happens again on Sunday.

Speaking of George, he shot an abysmal 6-22 in the loss to the Jazz. While it’s a small sample size, the Clippers have only lost this season when George has not played will. In their two losses, George has shot 28.6% from the field versus 50% or higher in the games that they’ve won.

Lou Williams, who has seen his minutes decrease this season, has only been averaging 10.2points per game this season, which is down from last season’s 18.2. For a three-time Sixth Man of the Year, Williams is going to have to step it up to show that he can contribute similarly to his old self.

The offseason acquisition of Chris Paul was a turning point for the franchise, which has started the season 5-1. While his points per game have dipped this season to a career-low 13.2 in comparison to last year’s 17.6, Paul has been able to dish out the ball more, leading the team in assists with 8.7per game.

That ranks Paul 3rd in the league for assists per game, trailing only Nikola Jokic (13.0) and James Harden (11.0).

One player who is capable of playing better is Devin Booker. While he leads the team in points per game (20.5), Booker has been shooting the ball inefficiently from the free-throw line this season (68.2% vs. 86.9% for his career). If Booker can start sinking his free throws, the Suns’ offense may become more lively.

Mikal Bridges has been stepping up his game this season. Last season, the Villanova product was averaging 9.1 points per game, but he’s managed to increase that to 15.3 points per game this year. This is the type of secondary scoring that the Suns are going to want Bridges to maintain if they want to show that their hot start to the season isn’t just a fluke.

Odds for Clippers vs Suns

Picking the Suns to win

I’m picking the Suns to win. Both franchises are two of the top teams in the West, but I’m more impressed about what I’ve seen from the Suns than the Clippers.

The Suns, at the moment, seem like a more well-rounded team than the Clippers and I like how they’ve been playing defensively at the moment to keep this win streak going.