Can The Raptors Find Their Form Against the Celtics? 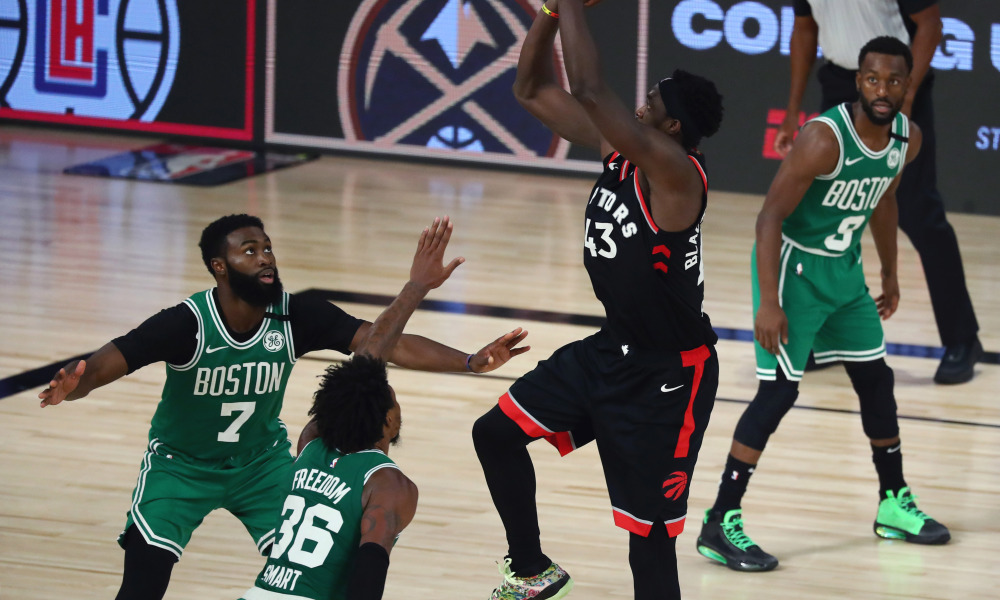 It is indeed going to be a riveting contest as both teams will be looking to best the other for bragging rights and to get an early place in the race for playoffs position. The Raptors have played fewer games than the Celtics so it might be an opportunity for them to turn their fortunes around as they have been poor since the start of the NBA new season, recording only one win in five matches. Their only win came at their “home” court so home advantage might do them some good in this fixture. The Celtics themselves are not off to a great start but are doing better than the Raptors at this stage in the season.

This fixture has mostly favored the Celtics as they have won six out of their last 10 meetings and are fresh off knocking the Raps out of the bubble playoffs. The Celts are favorites to snatch a win, but Toronto looks to be rounding the corner after losing some key pieces in the offseason.

Offensive and Defensive Ability of the Celtics

At both ends of the floor, the Celtics are impressive and can scare every other NBA team. This is the major tool in their arsenal, and they use it well. It showed in the 2019-20 season, and so far in the 2020-21 season we are witnessing the same intensity yet again. They last their last game to the Detroit Pistons on New Year’s day, @abit it was only by three points. It is not the showing we expect from the team but so far so good, they have held their own.

One major factor contributing to their not-so-great performance is the absence of Kemba Walker. The point guard is out with a knee injury so, it is unclear when he will return. Kemba is a huge part of their offense as he is a good three-point shot, an amazing passer, and has great handles. He is surely being missed on the court, and I dare to say is the reason for their recent struggles. Jaylen Brown and Marcus Smart are two young chaps that are doing a terrific job stepping up to the plate. Jaylen is leading his team in points and is doing great filling in for Kemba Walker.

Can The Raptors Hit Their Stride?

At the start of the season, we all looked to Pascal Siakim to lead his team following his continued development over the last two seasons. However, his performances this season have been below par, and he will need to step it up soon if he is to help his team move past this phase. It is difficult to say why they are in such poor form as they are not missing any key player. Fred Vanvleet is leading his team in points, but his efforts alone cannot spur the team to back-to-back victories. The Raptors are 1-4, and it is an understatement when we say they need a miracle to get out of this bump.

Kemba is missed, but his absence might not be felt in this match as it could be a comfortable victory for the Celtics. The Raptors are struggling on offense and facing a team like the Celtics, it is safe to presume that the struggle with continue. It will be a close-run affair as it is unlikely that Boston will win by over 15 points.

Both teams are struggling, but one is holding on a bit better than the other. It will be an exciting matchup to see and as both teams are capable of turning things up a notch. A good pick will be in the Totals (Over/Under) category. Whoever wins this fixture will not win it with so much point difference.