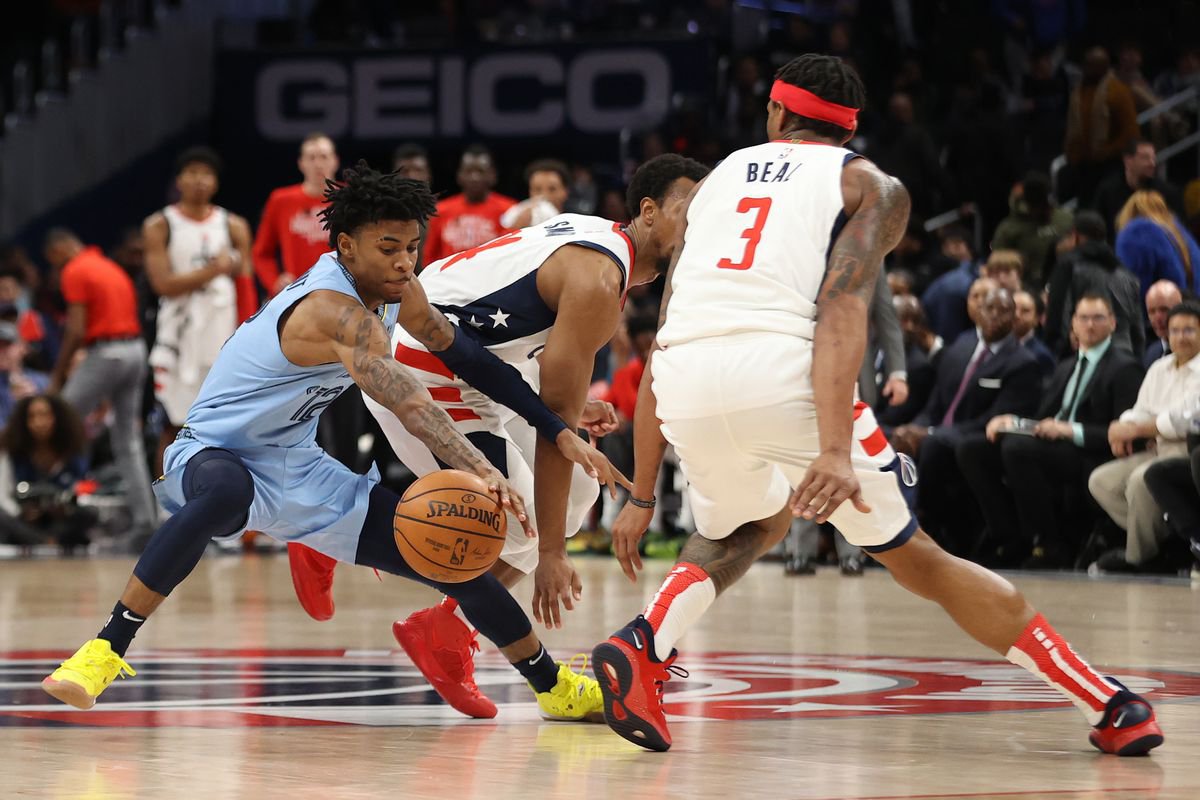 One of the closest lines on tonight’s NBA schedule is for the Memphis Grizzlies vs Washington Wizards matchup, which pits two teams with postseason aspirations. The Wizards have been playing about as well as anyone in their last 10 games, going 7-3, after starting the season 6-17. If it weren’t for Jayson Tatum scoring two buckets in the final 15 seconds on Sunday, they could be even better. They look to continue their hot play as they host the Grizzlies, as a slight 1 point underdog at home.

The Grizzlies (15-15) travel to Washington, D.C. to face the Wizards on Tuesday night as Bradley Beal and the Wizards (13-19) look to continue their dramatic turn around this season. The Grizzlies, meanwhile, have split their last 10 games, but are coming off a 49 point whooping of the Houston Rockets.

Less is More For Westbrook

Russell Westbrook struggled mightily to start his career in Washington. His 3-point shooting has been particularly bad this season. Westbrook is shooting just 27.5% from long range this season. However, in the month of February he seemed to forgo taking that shot, bringing his average down from 5.3 attempts per game in January, to just 2.8 attempts per game. Westbrook has had a triple-double in 5 of their last 7 wins, and has seemed to find more of a groove.

While Westbrook has conceded some of his typical shooting numbers, his backcourt partner, Bradley Beal, has had no such issue getting his shots. Beal is playing out of his mind, and leads the league in scoring, averaging 33.2 points per game. The Wizards will go as Beal goes, so expect him to have another big game against the Grizzlies.

It has been an Up and Down season for the young Grizzlies so far. Sitting at .500, they look to build some momentum and start a winning streak after blowing out the Rockets by 49 points in their last contest. Blowouts seem to be a trend in Grizzlies games, whether in wins or losses, as they haven’t had a final score closer than 9 points in their previous 17 games. This suggests that even though the line may be close in this game, the result will not be.