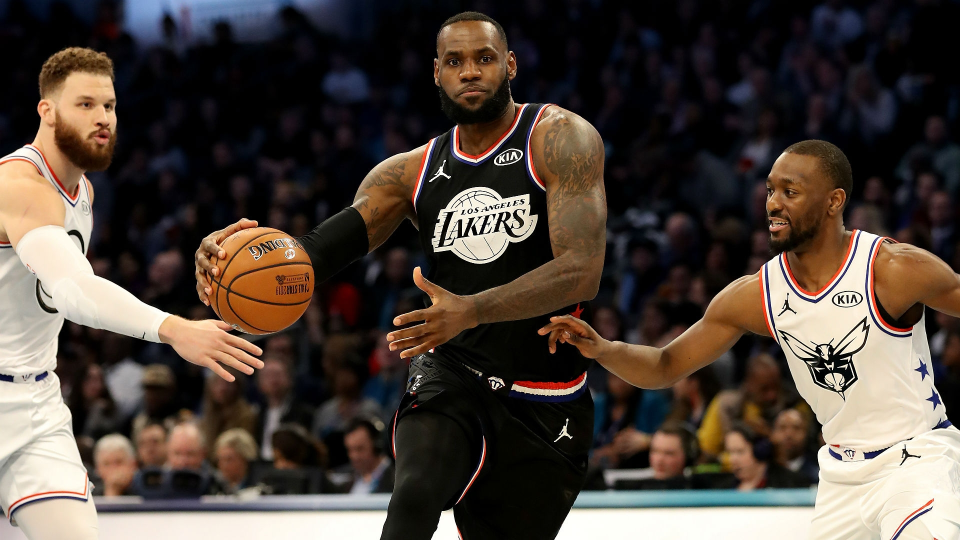 The break in the long NBA season has finally arrived, bringing with it the festivities of All-Star weekend. As the basketball world descends on Chicago, we’ll be treated to the Skills Challenge, the Three-Point Contest, the All-Star Game, and more.

The best part of all: you can bet on just about everything.

Let’s go competition by competition and check out how you could gain an edge while betting on NBA All-Star weekend.

The Skills Challenge tests dribbling, passing, and shooting skills over three rounds in a miniature display of the game’s fundamentals.

While the obstacles each player will face would normally favor the backcourt players, don’t count the big men out just yet. As the NBA has evolved, so have the forwards and centers who can now handle the ball with dexterity and skill.

Frontcourt players weren’t invited to the event until 2016 when Karl-Anthony Towns pulled off the upset and won the competition. In 2017, Kristaps Porzingis made it two-for-two for the big men by winning the Skills Challenge.

So, don’t immediately scratch off players like Pascal Siakam and Bam Adebayo.

Brooklyn’s Spencer Dinwiddie is the favorite to win the Skills Challenge with odds of +380. He’s followed by a tight trio of players with odds of +430: Shai Gilgeous-Alexander, Jayson Tatum, and Khris Middleton.

If You Want a Longshot, Look at the Three-Point Contest

The most unpredictable of all the All-Star Weekend festivities is the Three-Point Contest, which makes it perfect for the bettor who likes to play longshots and underdogs. For example, Eric Gordon – a career 37% three-point shooter – won the even in 2017 when Klay Thompson was a heavy favorite.

Give a slight edge to the guys who show off a consistent stroke that includes minimal movement, which should allow them to stay fresh longer as they progress through the rounds of the competition.

Devin Booker (+500) and Buddy Hield (+700) make up the middle of the pack before getting to our +1200 longshots, Devonte Graham and Zach LaVine.

This year’s NBA All-Star Game between Team Giannis and Team LeBron will go quarter by quarter, with each one earning prize money toward charity. At the end of three quarters, the clock is turned off for the final period, and both teams will race toward the final score goal of 24 points more than the higher cumulative score through three quarters.

So, if Team LeBron has 100 points and Team Giannis has 90 points at the end of the third quarter, whichever team reaches 124 points first will win the game.

The new format allows you to bet on the game a number of ways, but we’ll stick to the contest winner. Since the team captain format was introduced in 2018, Team LeBron has won back-to-back contests.

Team LeBron remains a 4.5-point favorite as we near the All-Star Game, but remember that this contest remains an exhibition.

If you want to vote on the All-Star Game MVP, stick with the big-time names, as guys like Kevin Durant, LeBron James, and Anthony Davis have won over the past three years.

There are currently only three players with odds better than +1000: Giannis Antetokounmpo, LeBron James, and Anthony Davis.

Despite leading the underdog squad, Giannis is the favorite to win All-Star MVP with odds of +450. He’s followed closely by the Lakers duo of James (+500) and Davis (+550).