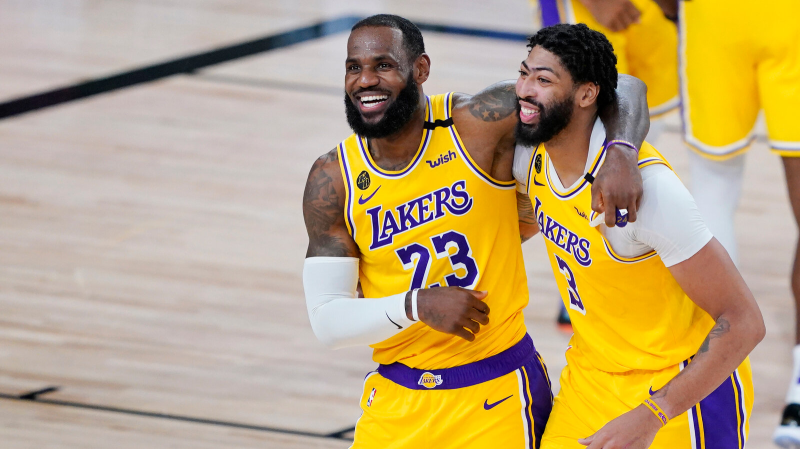 This Tuesday, December 22, the NBA tips-off when the LA Clippers take on the LA Lakers night at 10 PM (EST). The 2019-20 season was delayed mid-season because of COVID-19 and then resumed in September for the playoffs. The Lakers have had just over 2 months to prepare for a new season after winning the championship October 11. The Lakers (52-19) and Clippers (49-23) finished first and second in the Western Conference respectfully. The Clippers were upset in the Conference Semi-Finals by the Denver Nuggets.

The question on everyone’s mind is: are the Lakers ready for a new season after such a quick turnaround? FanDuel Sportsbook seems to think so as the Lakers are favored -3 (-110) over the Clippers +3 (-110). If you have your heart set on a bigger payout, the Moneyline has the Clippers winning outright at (+124) and the Lakers at (-146), and the over/under for this game is 223.5. The odds are so close and it’s the first game of the season. It may take a few weeks for players to really stretch their legs.

The Lakers ended the season only 3 games ahead of the Clippers in the regular season. Both teams are serious considerations for the NBA finals. The Lakers finished with an average 113.4 points per game in 2020. The Clippers actually averaged more points-per-game with 116.3. In 2019-20 season, both teams managed two wins each in the rivalry series. Each game was won by ten points or less. These teams are so evenly matched, this game could be decided by the last basket.

The Lakers are led by NBA Finals MVP Lebron “King” James who is a dominant force on the court with a career average of 27.1 points-per-game. Rising superstar, Anthony Davis, has been lights-out for the Lakers scoring an average of 26.1 PPG in the 2020 season. The Lakers added point-guard Dennis Schroder this offseason to fill the departure of Rajon Rondo. It’s predicted that the Lakers may have a few growing pains after replacing key parts of their lineup.

The Clippers are looking to take the Western Conference by attracting top-notch talent. Two-time Finals MVP recipient Kawhi Leonard averaged 27.1 PPG and his all-around numbers increased in the 2019-20 season for the Clippers. Another addition is veteran, small-forward Paul George who has averaged a career 20 PPG after 10 years with the Pacers and Thunder. This offseason, Serge Ibaka, former Leonard teammate in Toronto, was added to the roster to boost some much needed defense. Longtime coach Doc Rivers shouldered the blame for a playoff collapse and has moved on from the team.

Who do you like? Both teams are stacked with superstars playing in the largest basketball market in the league. These teams are so evenly matched, you might as well flip a coin.

Advice: Pick your favorite team, player, or both, and enjoy a great matchup!