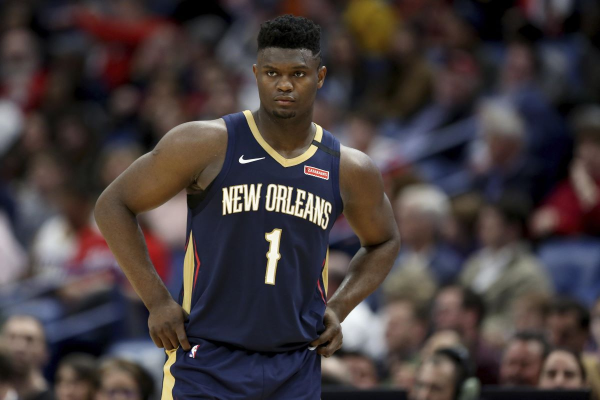 Apart from injury, Zion Williamson appeared to be enjoying a stellar rookie campaign to begin a promising NBA career. With 23.6 points and 6.8 rebounds per game for the Pelicans, Williamson has shown why he was the top overall pick in the draft.

Yet it’s not Williamson’s actions on the court that currently sit at the forefront of the 19-year-old’s career.

In an effort to terminate his contract with his former marketing representative, Williamson sued Gina Ford and Prime Sports in June. The marketing agreement was claimed to violate North Carolina’s Uniform Athlete Agents Act because it wasn’t registered as an athlete agent in North Carolina or Florida, nor certified by the NBA Players Association.

In response, Ford and Prime Sports Marketing filed a lawsuit seeking $100 million in punitive damages against Williamson, Creative Artists Agency (CAA), and two of its employees. The lawsuit, which was also filed in June, claimed CAA interfered with Prime Sports’ deal with Williamson.

Now, attorneys representing Prime Sports have asked Williamson to admit that his mother and stepfather demanded and received improper gifts from Nike, Adidas, and Duke as a result of those organizations’ efforts to get Williamson to attend Duke and wear Nike and Adidas apparel.

Attorney Michael Avenatti has also alleged that Nike employees approved under-the-table payments to Williamson while he was in high school and that Williamson’s mother was paid for consulting services while he was being recruited.

Avenatti currently faces up to 42 years in prison after a federal jury convicted him of attempting to extort $25 million from Nike. Avenatti was convicted in February.

The latest turn to the Williamson-Prime Sports saga is the marketing agency’s request for Williamson to admit to several wrongdoings.

In a filing with a Miami-Dade County court last week, Ford’s attorneys asked Williamson to admit his mother and stepfather “demanded and received gifts and economic benefits from persons acting on behalf of Duke University (directly and/or indirectly) to influence (Williamson) to attend Duke University to play basketball.”

Similar requests of admission were made regarding Nike, of which Williamson’s mother and stepfather are alleged to have demanded and received improper benefits to “influence (Williamson) to attend Duke University to play basketball.”

The same is alleged of Williamson’s mother and stepfather in dealing with Adidas, which is said to have been attempting to get Williamson to wear Adidas shoes and to “attend a college that endorsed Adidas shoes.”

Ford’s attorneys are also asking Williamson to admit someone acting on his behalf “accepted benefits from an NCAA-certified agent that are not expressly permitted by the NCAA legislation.”

While the results and consequences of the ongoing lawsuits between Williamson, CAA, Ford, and Prime Sports are unknown, the player’s potential to be a star in professional basketball is a virtual lock.

Despite missing the first half of the season, Williamson was able to push himself into Rookie of the Year contention with an explosive beginning to his NBA career. In 19 games, Williamson put up averages of 23.6 points, 6.8 rebounds, and 2.2 assists per game while shooting 58.9% from the field and 46.2% from three.

That was enough to nearly pull Williamson level with Ja Morant, the ROY favorite, before the NBA was forced to suspend play amid the coronavirus pandemic. Prior to the league’s suspension, Williamson’s +198 odds trailed Morant’s -300 odds.

Due to the likelihood of an abbreviated end to the regular season, taking away much of Williamson’s ability to “catch” Morant, the young Grizzlies’ star’s odds skyrocketed to -2000. Still, Williamson and his +800 odds make him the only other player in contention for the award.