76ers, Rockets Get Set For Showdown Of NBA Contenders 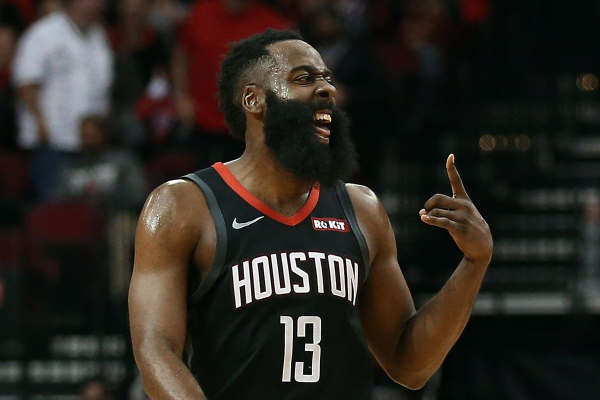 The cities of Philadelphia and Houston both entered this NBA season expecting their teams to compete for a title. Roughly 35 games into the season, each squad has racked up 23 wins and is jockeying for a high seed in their respective conference.

On Friday night, we’ll get to see whether Joel Embiid and the Philadelphia 76ers can finish off a quality opponent on the road, or if James Harden and the Houston Rockets can overwhelm the visitors with waves of offense.

While we expect to see both of these teams play an important role in the NBA playoffs, Friday night’s result could provide some insight into which team has a better shot at making a run to a conference championship.

Who Needs This Win More?

Philadelphia got off to a hot start that evolved into a record of 20-7. However, the 76ers have now suffered two three-game losing streaks since earning their 20th win against New Orleans in the middle of December.

Now, the knocks on this Philadelphia roster are piling up, starting with the fact that the 76ers are just 7-11 away from home. Some of the 76ers’ losses on the road have come to lesser competition, including Orlando (twice) , Oklahoma City, and Washington.

Philadelphia is also an inconsistent team that can look like a favorite to reach the NBA Finals one night before looking like a lottery team the next.

For example, the 76ers earned a 121-109 win over Milwaukee on Christmas Day, but then couldn’t win any of their next three games against Orlando, Miami, and Indiana.

Philadelphia currently sits fifth in the Eastern Conference and eight games back of the Bucks.

Meanwhile, the Rockets are in a cluster of teams trailing the Lakers by three to five games in the Western Conference. At 23-11, Houston is currently fourth.

Houston owns a record of 12-4 at home and enters Friday night’s game as winners of six of its last eight contests. Over that stretch, the Rockets took down the likes of the Clippers, Nuggets, and Nets.

So, it’s fair to say that Philadelphia is more in need of a win Friday, if only to avoid a four-game losing streak that would pull it even further back in the Eastern Conference race.

Philadelphia At Houston: By The Numbers

Despite their lower scoring average, Philadelphia’s shooting percentage of 47 percent is higher than the 45.5 percent of Houston.

Both teams are led by a star player who started the year on the list of MVP candidates, but who has the edge?

For Philadelphia, Embiid is a dominant force near the rim. On the season, Embiid is averaging 23.7 points, 12.4 rebounds, and 1.4 blocks per game.

For Houston, Harden serves as the highest scorer in all of the NBA. This year, Harden is averaging 38.2 points per game, which is nearly eight points better than the league’s second-highest scorer (Giannis Antetokounmpo, 30.4 ppg).

When it comes to the MVP race, Harden is third on the list of odds at +430. Embiid is sixth on the list, but his +4100 odds put him on the outside of the group of five candidates with odds of +750 or better.

Thanks to their scoring prowess, their MVP hopeful, and their dominant home record, the Rockets are currently 4.5-point favorites for Friday night’s contest.

But who has the better shot to win it all?

At 23-11, the Rockets have a slightly better record than the 23-13 76ers. However, Houston finds itself in a Western Conference that features two powerhouse teams in the form of the Lakers and Clippers.

In the Eastern Conference, Philadelphia only has to worry about one elite team – Milwaukee.

Because they may, in fact, have the easier road to the NBA Finals, the 76ers have the fourth-best odds to win the Larry O’Brien Trophy at +950, followed by the +1200 odds of the Rockets.