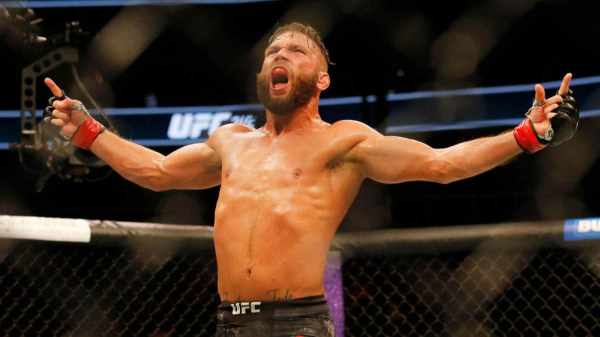 UFC Fight Night 159: Rodriguez vs. Stephens is going down on Saturday in Mexico City. This fight is one of the more intriguing main events of the year, although the names are not quite as big as we see on the PPV cards.

This fight is currently -110 for both fighters on most books, but there are definitely some differences with these fighters, as the winning method odds would show. Both of these fighters bring a lot to the table, but it is fair to say that the way they will most likely win is not quite the same.

A Look At Stephens

Jeremy Stephens is the veteran in this fight with 44 career MMA matches that led him to his current 28-16 record. Stephens was on a nice little three-fight win streak before taking on Jose Aldo and losing by TKO in the first round. Stephens jumped back into the fight game against one of the best up-and-comers in the sport, Zabit Magomedsharipov, only to lose by unanimous decision.

Stephens is a grinder, and that is something that is clear every single time you watch him fight. He wants to get into the middle of the ring and throw blows until one guy cannot take it anymore. Stephens has taken a beating in his career, but I don’t think that his last two fights mean that the Jeremy Stephens of old is no longer with us.

I expect to see Stephens bring that same mentality into this fight with Rodriguez. Another way you can tell that Stephens is a grinder is that of his last five losses, four have come by decision. To tie into that, Stephens has 3 TKO/KOs in his last five wins.

When Stephens has his way with his opponent in the octagon, he often capitalizes on the opportunity to put him away, but Stephens rarely lets his opponent do the same to him.

This fighting style is very fun to watch as this guy is not afraid to take a beating, but it definitely could lead to a ton of damage that could hurt him later in his career. For the 33-year-old Stephens, it doesn’t seem like he is stopping anytime soon, but it is still reason for concern. This many fights and this many battles within the octagon is enough to age a fighter many years.

A Look At Rodriguez

Yair Rodriguez is probably the more well-rounded fighter with more ground-game expertise than Stephens. That being said, Rodriguez has zero submission victories within his last 10 fights, which tells me that getting the fight to the ground is not always his focus, especially against a savvy vet like Stephens.

I will be curious to see if Rodriguez will engage in Stephens’ aggressive style early or try to make the fight more technical. I think Vegas is telling us what they think will happen.

Of all winning possibilities, Vegas has a Stephens win by TKO/KO at +135 vs. Rodriguez at +275. However, Rodriguez is the fighter that is more likely to win by decision and by submission.

I think that these odds tell the story of this fight, and I think that Rodriguez will be able to have this plan going into the fight. Rodriguez knows that Stephens will want to get into a war, and Rodriguez needs to avoid this at all costs, as it is not his forte.

Stephens, on the other hand, should be looking to push the pace early and often in this fight. Eventually, I expect Rodriguez to waste Stephens’ energy and put him away by either TKO or submission. I really like the Rodriguez submission odds of +1000 because I think that Rodriguez should identify grappling as one of his strengths in this fight.

If both fighters attack their own strengths, I expect Rodriguez to be more prepared for Stephens due to his distribution of skills. I like Rodriguez at -110 and a sprinkle on by submission at +100.