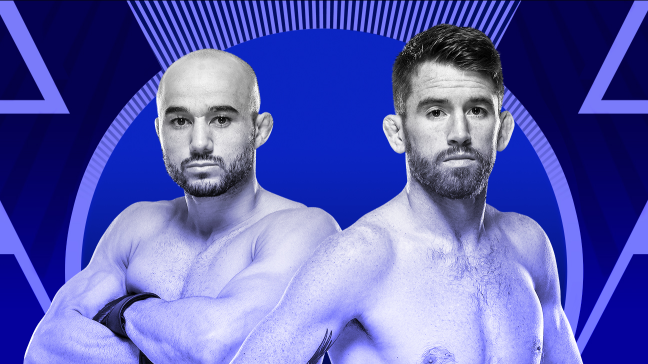 Another of the consecutive action packed weekend at Yas Island (Fight Island) in Abu Dhabi beckons as the bantamweights take center stage on Saturday October 10. Headlining the UFC Fight Night showdown is the Marlon Moraes vs Cory Sandhagen duel that promises to be both important and title defining for these UFC fighters.

The showdown will see Moraes consolidate his chances for the title, a win will see him go second for the next championship bout. Denver’s Sandhagen will also give it his best shot as a win will also keep alive his chance for a stab at the title. We provide an in-depth breakdown of the Moraes vs Sandhagen duel, analyze the betting odds, and give our best picks for this Fight Island fight night of week 5.

Moraes comes into this as the favorite and No. 1 contender in the bantamweight division. The Brazilian is fresh from a victory in his last matchup, a decision victory over Jose Aldo in December 2019. Since his debut, a split decision loss to Raphael Assunção, he has gone 5-1 only losing to Henry Cejudo, in a knockout loss in June 2019. Moraes comes into this match with a wealth of experience having fought the best in the division. His only blot, is a loss to Cejudo, still, he remains the man to beat in this contest.

Moraes’ forte is his explosive striking power. His fast and powerful left high kicks are crucial to his strategy of keeping distance and battering his opponents. This striking power has seen him rack up 23 pro wins with 10 being knockouts. However, in this matchup, he is at a significant height and reach disadvantage and will surely struggle with Sandhagen’s length and movement. Expect him to attack viciously with low kicks and a ton of punches in a grueling and close fight. He should also attempt to go down low and take Sandhagen to the ground. He has excelled in this too, with six of his wins coming by way of submission.

Sandhagen on the other hand comes into this fight as the underdog. He is far less experienced but brings with him impressive footwork, relentless striking ability and long reach. The No. 4 ranked bantamweight has lost only once in his last 3 bouts, losing via submission to Aljamain Sterling (the division No. 2), while raking up wins over John Lineker and Raphael Assuncao in split and unanimous decisions respectively.

Sandhagen is considered a striker but also has solid jiu-jitsu and is thus not a push over when the fight hits the mat. He has racked up wins by out striking his opponents and you should expect this to continue in this match. Sandhagen will surely seek to tire out Moraes with volume striking and constant movement early on while avoiding close encounters which is Moraes forte.

Best Bet: Expect this bout to be close throughout all the five rounds but Moraes +118 at Fan Duel and +120 at DraftKings should come up tops in this one. Sandhagen will come out of the block guns blazing and will scorch Marlon Moraes early on with his striking and use of half-inch reach advantage. However, expect that Moraes will remain calm and calculated and win it unanimously with a couple of takedowns and ground pounding down the stretch.

Side Bet: Moraes most recent bouts saw him finish up key title contenders (Riviera, Sterling and Assunção) early on with his strong and consistent press. If he picks up where he left off, he should follow the same script and put Sandhagen to the sword and win by KO/TKO in Round 1. This long-shot high rewards bet +1100 is also something to consider for this bout.