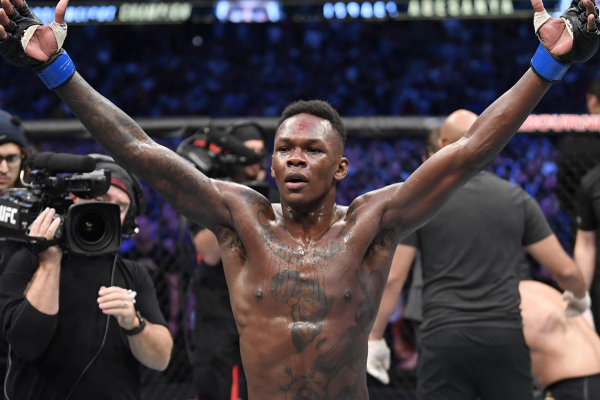 UFC 248 is being held at the T-Mobile Arena in Las Vegas on Saturday. This main event will be featuring a Middleweight battle between undefeated champion Israel Adesanya and his contender Yoel Romero.

Odds For Adesanya and Romero

As you can see, Romero is the underdog, but these odds seem to be a little misleading. The odds for this main event battle are currently at:

* Odds are subject to change

Israel “The Last Stylebender” Adesanya (18-0-0) is the current middleweight champion and is also undefeated. Fourteen of his 18 victories have been by knockout, while the other four have been decision wins. He has a striking accuracy of 54 percent and a takedown defense of 85 percent. He has been successful at really throwing punches and knocking his opponents out. You could not ask for a more dangerous fighter right now in the UFC.

He lands 4.47 significant strikes a minute and absorbs 2.07 a minute. With this ratio in mind, he clearly lands more of those hits on his opponents than they do to him. This is a great example of an excellent striker and his ability to land consistently.

Adesanya also has a significant strike defense at 69 percent. He stands at 75 inches and also has a reach of 80 inches, which is very good for his size.

Yoel “Soldier of God” Romero (13-4-0) is currently ranked the third best fighter in the middleweight division. Eleven of his 13 wins have been won by knockout, while his other two wins have been by decision.

Romero lands about 3.32 signature strikes a minute while absorbing 2.95 a minute. He has a significant strike defense of 63%. Romero also has a takedown defense of 78%, so he has done well in that regard.

He stands at 72 inches and has a reach of 73.5 inches, so he may have a harder time fighting from a distance, especially with those taller fighters and those who have the reach advantage.

Both of these two fighters present some unique fighting styles and some serious strength behind their fists. A majority of both of their wins have mostly been knockouts, so we can see the potential outcome for this fight.

However, I would not completely count out Romero even though he has lost his last two fights.

Romero has an interesting fighting style in which he creates a slower tempo and tends to wrestle you. Compared to his significant strikes, he slightly throws out more hits than he receives.

Let us not forget that we have nearly seven inches of a reach difference, Adesanya having 80 inches and Romero with 73.5 inches.

Adesanya is the quicker and more agile athlete compared to Romero here. He should be able to speed up the tempo and work his way into his fighting style. Romero is an excellent wrestler but with Adesanya having an 85 percent takedown defense.

Overall, this will be a great fight to watch. I believe the winner will be Israel Adesanya, and he will be able to successfully land his first title belt defense. Romero could play it safe and try to earn his points.

This could hurt him in a way since Adesanya will look to make the fight his pace.