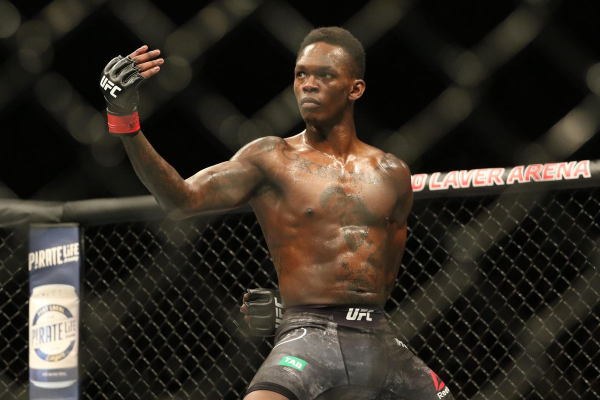 Melbourne, Australia, is the setting for Saturday’s UFC 243 featuring Australian-based Robert Whittaker and Israel Adesanya. This is a match between the champion in Whittaker and interim champion Adesanya for the unification of the belt in the middleweight division. For me, this card is really about the main event, especially after the loss of the Holly Holm and Raquel Pennington fight that was supposed to be on this card.

This is a great fight between two elite fighters that have not shown a lot of weaknesses throughout their Mixed Martial Arts careers. Adesanya is one of the fastest moving fighters that we have ever seen in terms of climbing to the top of a division so quickly. Adesanya had his first fight in the UFC just 19 months ago and will now be competing to become the unanimous champion after starting 6-0 in his UFC career.

On the other hand, Whittaker has been the complete opposite of Adesanya when it comes to recent activity. Since Adesanya’s first fight in the UFC in 2018, Whittaker has only fought once while Adesanya has fought six times. This should be something to watch out for in this fight.

Both fighters are known as well-rounded strikers with a dangerous bag of tools. I think that the interpretation of these tools is going to be the story of the night, and a lot of it depends on how comfortable Whittaker is with doing things that we basically never see from him.

Whittaker has been dominant since his last loss in 2014 to Stephen Thompson, another elite fighter in the UFC. That being said, I think that outside of his last two fights against Yoel Romero, I have not seen Whittaker do a ton against elite opponents because he just hasn’t stepped into the octagon too often.

I think that Adesanya is the better pure striker, and I think that is what this line says. Adesanya has had the perfect ascension to this point with different styles of wins, but they all had to do with Adesanya’s ability to fight smart and land big punches.

The most impressive thing to me about Adesanya’s run through the gauntlet in the last two years or so has been his ability to fight the right way in these fights. Adesanya is 17-0 coming into this fight, which is one of the best overall records in the UFC. What this stat doesn’t say is just how difficult it is to never slip up as you continue to jump through different levels of competition.

Through his first 11 fights outside of the UFC and his first UFC fight, Adesanya had won every single fight within two rounds by TKO or KO. While this is incredibly impressive on its own, the more impressive thing is that since then, we have seen Adesanya win four of his last five fights by decision, including a five-round fight in April vs. Kelvin Gastelum.

It is very rare to see someone who has absolutely dominated lesser opponents jump up in competition and look like a seasoned vet in dog fights with some of the best fighters in the world. While it is not guaranteed that Adesanya will continue that trajectory, I have seen nothing to suggest that it will change here.

The big question mark in this fight is Robert Whittaker’s ground game. Supposedly Whittaker is capable of being on the Australian national wrestling team with his wrestling, but it is something that he almost never uses, especially offensively. I think Whittaker is the much better wrestler here from the bits and pieces we can see, but I just don’t want to bet on Whittaker doing something that he rarely does.

I like Adesanya in this fight because I think he wins more striking exchanges than Whittaker. While that is not always the end all be all, I think that banking on the things we know in a fight like this is the way to go.