MMA Picks and Preview for Bellator 209 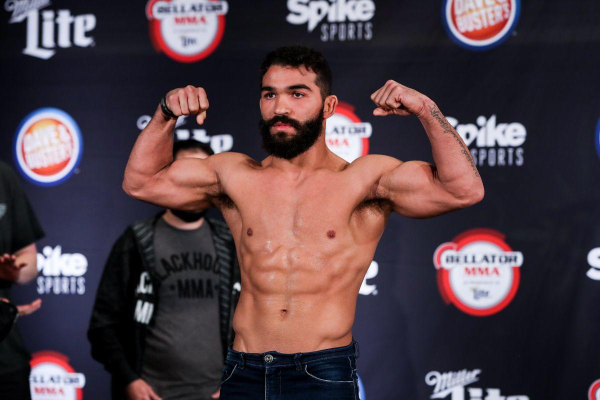 Bellator 209 will take place this week on Thursday, not on its usual Friday or even Saturday. Part of the reason is the event is being held at the Menora Mivtachim in Tel Aviv, Israel. There are 16 fights scheduled for this card, but only 3 of them can be bet on and contain odds.

Pitbull enters this fight with a 27-4 record and is riding a 2 fight win streak. He won the Bellator Featherweight Title at Bellator 178, by defeating Daniel Straus by 2nd round submission, then defended it at Bellator 203 by split decision win over Daniel Weichel.

Pitbull will now look to carry his win streak into his bout in Israel against Emmanuel Sanchez. Pitbull has always been known for his big powerful punching, but ironically his last 2 out of 3 wins have all come by way of Guillotine Choke.

Emmanuel Sanchez is 17-3 overall and is riding a 4 fight win streak. Sanchez has gone on sort of an expedition of knocking off title contenders and former champions, defeating Sam Sicilia, Daniel Straus, Marcos Galvao, and Georgi Karakhanyan in his last 4 fights.

Sanchez’s last loss came at the hands of Daniel Weichel in a split decision that many people felt he had won. If you take that fight out of the equation, Sanchez would be on a 7 fight win streak and one of the hottest fighters in Bellator.

Sanchez isn’t getting much respect here, as Pitbull by far has the much larger and much more well-known name in the fight. That being said, fights aren’t won by namesake, they are won in the cage, and in this fight I see Sanchez getting Pitbull to the ground and leaving Israel as the new Bellator Featherweight Champion.

With there only being 3 fights on this card, we really don’t have much choice in which fights we are selecting or giving to you for value this week.

Emmanuel Sanchez +124 over Patricio Freire – We gave our breakdown of this fight above but want to also point out that Pitbull is used to fighting people he has already fought and most of whom he has beaten. A quick glance down his resume and you will see multiple duplicate opponents, but for Sanchez he is a different ball of wax. Freire is going to really struggle with Sanchez’s movement, and while he is trying to catch up to Sanchez to land one of those big punches, Sanchez is going to be looking for the takedown, where he will get the win!

Vadim Nemkov +313 over Phil Davis – Vadim Nemkov is the future of the Light Heavyweight Division. He is 26 years old and is not being given nowhere near enough respect that he should be. He is coming off a big win over former Bellator Light Heavyweight Champion Liam McGeary and now gets to face his second consecutive former champion in Davis. Davis is a great fighter, but he relies too heavily on the wrestling and outside striking, which he will struggle with Nemkov. Roll with the dog here at +313!

Tonight’s NBA betting schedule is lacking in overly compelling matchups, but tonight’s action will also be taking place with a few notable names missing. Booker, Morant, and Lillard Sidelined Tonight and Beyond Booker Out Versus Pistons Due to Hamstring Injury The Phoenix Suns lost Devin Booker (hamstring) on Tuesday against Golden State but closed out END_OF_DOCUMENT_TOKEN_TO_BE_REPLACED