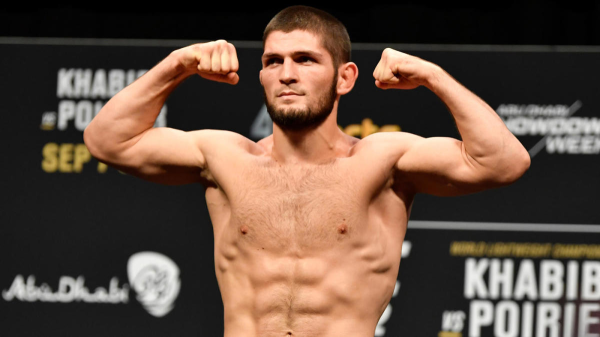 Dec 1st, 1963 Salt Late City Utah- The world’s first MMA match was scheduled to take place the next day, and if no one had been taking the “exhibition” bout seriously up until then, thinking perhaps it might be the mano a’ mano version of a Harlem Globetrotters match. They were now taking it  seriously as a heart attack, and wondering if perhaps they aught to leave their kids home as well.

On that night’s evening news, “Judo” Gene La Belle had choked a disbelieving sportscaster unconscious (History does not record if he “Steven Sagal’ed'” in his drawers or not) and dipped into his family’s grab bag of Pro-Wrestling “One-size-fits-all”, “talk an ass into sitting every 18 inches” catch-phrases to sell a few extra tickets “I’ll bury him in the ground, come back in spring De-frost him, and choke him out in time for summer” Growled the Veteran Judoka as he leered into the living rooms of the good people of Salt Lake. And a somewhat less than MENSA member sports caster decided to pipe up with “Those Judo chokes don’t work”

Well, they did, that night and the night after at the arena in a sequence of events early MMA fans know all too well: Striker tries keeping grappler at range with probing jabs, Grappler yawns, closes the gap to clinch….and you know the rest, “DING DING DING” Of course, their was a problem in Salt Lake that night, nobody was familiar with exactly what a Judoka could do to you, so the sight of La Bell keeping a tight clinch, maybe an adjustment here and there, next thing you know Milo Savage, the #5 ranked middle weight falls to the floor, unconscious.

“RIIIIIP OOOOF” came the call, and the riot kicked off in earnest. The good people of Salt lake did not know you could “Choke a MF’er out”They thought Savage had taken a dive.

Fast forward, UFC #1 Denver Colorado, Nov 11, 1993. Royce Gracie won four matches to win the even by…take a guess, closing the gap into the clinch, Ashi Waza technique, maybe a double lapel drag, work for the Shime-Waza and call it a day.

Make no mistake, all the “OMG! BJJ!” Rhetoric you heard in UFC 1 was just that. Gracie won the even with JUDO (And bad Judo at that) But Old man Gracie, upset with Jiro Kanno’s insistance that Judo not be turned into a money making scheme for anyone, had devised a plan around it. With the Judo hierarchy’s heads firmly Katagaruma’d in the vicinity of their rectums, totally in thrall to the travelling con game known to us as the Olympics, the old guard was RIPE for the picking. In fact, it was unlikely they would even notice their sport was being re-branded and sold out from underneath them by an oily Brazilian for who Japanese honor and tradition might come in handy were he to ever run out of toilet paper. But otherwise were of little to no concern.

Remember the unbelievably embarrassing “lifetime award” his children defied him with? That was part of the con, to make you think you were looking at something HE invented. You weren’t.

To the uninformed, there is no difference between Judo and BJJ, its the same game. There are differences in rules, but there are differences in rules for different types of Judo and BJJ competitions so that’s hard a “lifetime achievement” REAL Judo, as it was taught by it’s inventor, probably was close to “Shoot” Pro-wrestling (With Gi’s) Than anything else, you squared off, you won by pin-fall or submission…DING DING! (Real American plays over P.A, Time for the Gun show to start) After a while a practice game called “Ippon”, by which one would judge and fine tune throwing, suplexing, sweeping ect became added as a way to win….you score a clean fall, with force, technique and intent, you win. You can Still go WWE on your man, but that’s so much work…

Unfortunately, as years passed and Judo was swallowed up by that blight on the sports world known as the Olympics. “Ippon” became more and more the focus of Judo, get the throw, submit him if you have to, pin him if you’re desperate, but try and get the throw. This limited Judoka’s training, and exposed the world to but one small slice of what a Judoka should be able to do. The Olympics loved it, the fans thought “Mehh” and so Judo was misrepresented to the world as a throwing competition. So by the time Old man Gracie made his move, they had hardly a leg to stand on…and had they no legs they would have been called for “Ippon” anyway.

But there is a third discipline to complete the trifecta of jacketed grappling sports, Russian Sambo. Sport Sambo differs only from Judo in that arm submissions are illegal and leg submissions are legal (BJJ allows both) Sambo also draws from Russia’s impressive history of wrestling excellence, and added throws to the Judo cannon with a number of innovative suplexes, things that were judo techniques, but no one had used for years. Sambo brought back with a vengeance.

How different are Judo and Sambo? In Japan and Russia and Dojo might practice under Sambo rules one day and Judo the next, I.E it’s not really a “different sport” if you can do Sambo, you can step on the mat with a Judoka and vis a vis. Where does BJJ fit in. Understand this, the HARD part of these sports is on your feet, being caught mid motion, propelled 6 feet in the air and crashing down with someone’s weight on top of you. Training “Newaza” (Ground game) is genuinely considered to be a break. No impact? No smashing into each other or into the ground? YES PLEASE! Due to avoiding the most difficult part of the game, BJJ players, while having superior ground games admittedly, lack fundamental skill, there are things they should be able to do that they cannot.

I’ll never forget a video of a BJJ/Judoka teaching throws at the Gracie academy. “Who here can break fall?” A smattering of hands go out, most of which are attached to black-belts.

30 seconds later the “black belt” in landing straight on his head, luckily he was not badly hurt. “You said you can break fall!” The instructor accuses. “Well….you just need to give me some warning….” UGGH…..disgraceful.

So, this brings us to Khabib Nurmagomedov. A Russian MMA fighter for whom a real challenger, is not even close to being on the radar. The man who DESTROYED media darling Connor Mac Gregor in what can only be called “A spanking”

From Khabib’s Wikipedia page Trained in  judo, sambo and wrestling, Nurmagomedov’s style of grappling has made him one of the most dominant athletes in the history of MMA.

And while “Hype” was certainly a factor, there was no hype involved when Rhonda Rousey threw an opponent and slapped on an arm bar. She was unbeatable until someone told her she could box (Spoiler: she can’t(

And thus we come full circle. Whether it was the first ever MMA match, the first ever UFC competition, or the latest major championship match and highest grossing event on the history of the sport. A trend that began at the beginning is as prevalent today as it was then.

For all the trends that have come on gone in MMA, one has never changes, JUDO is the core grappling skill  on which MMA was built.

BJJ? Learn how to break fall, the Gracie’s do….then again, they were taught Judo, not BJJ.