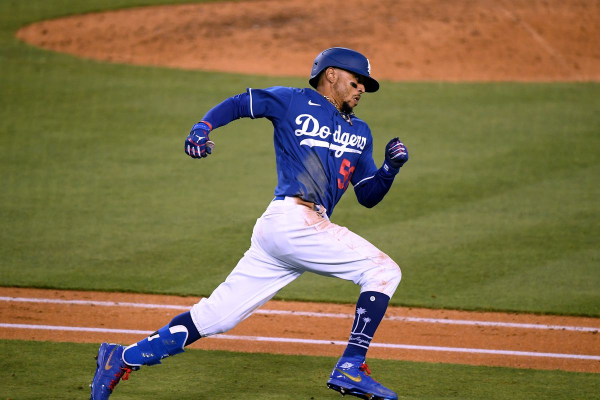 The World Series is almost here, and that’s remarkable considering all the questions that surrounded the fate of this season just a few months ago. Four teams are still alive and looking to punch their ticket to the World Series, but they still need to take care of business in their respective leagues.

The Houston Astros will battle the Tampa Bay Rays in the AL, and the Los Angeles Dodgers will take on the Atlanta Braves in the NL.

All games since the division series have been played at a neutral site to help ensure player safety without any fans. The World Series will be no different and take place from Globe Life Field in Arlington, Texas. The only question remaining is what two teams will be making the trip to Arlington with the hope of being crowned World Champions?

Below are the betting odds for each team to win the World Series.

Odds to win the World Series:

Los Angeles hasn’t been beaten yet in the playoffs, and the Dodgers are hoping this is the year they finally take home a title. It’s tough to remember the last time the Dodgers didn’t win the NL West, but they’ve been known to choke in the late rounds of the playoffs.

In 2017 and 2018, they were beaten in the World Series by Houston and Boston, respectively, so the pressure is on for this Dodgers team. The Dodgers are deep all over the field and in the bullpen as well.

LA needs to keep playing hard in October as the competition improves because the inability to do this has been their biggest flaw in the past few years. Adding Mookie Betts this year should help this star-studded lineup finish the job, but only time will tell. It’s no surprise that the Dodgers World Series odds are the best amongst the four remaining teams.

Atlanta has been disrespected entering the NLCS. The Dodgers may be the best team in baseball, but the Braves deserve a lot of credit for their success this postseason. Like the Dodgers, the Braves also haven’t been beaten yet, and they’ve shown that they’re not afraid of the spotlight.

Atlanta has a very entertaining offense that can hit the long ball and manufacture runs. Their young stars, along with a few seasoned veterans, have complemented each other perfectly this year.

Catcher, Travis d’Arnaud, has been the star for Atlanta this postseason at the plate. Moving forward, the rest of the bats in the lineup need to be better than they were in the early rounds to continue seeing success.

The Little Engine That Could

Tampa Bay has always been the underdog in the AL East. This is not because of their talent, but due to the big market Yankees and Red Sox receiving the spotlight in the AL East.

The Rays are an excellent team, and they’re riding high after their ALDS victory over the Yankees. Mike Brosseau went yard in the bottom of the eighth of Game 5 off Aroldis Chapman that provided the necessary margin for Tampa Bay to advance to the ALCS.

The Rays play solid complimentary baseball. They’re near the top of the league in most statistical categories, and they’re one of the most well-rounded teams in baseball. Their starting rotation is dangerous, with Tyler Glasnow, Blake Snell, and Charlie Morton leading the way.

Pitching and timely hitting wins championships, and the Rays have demonstrated their ability to do both of these things, so it’s no surprise that the Rays World Series odds are only +210.

Houston got very lucky that fans didn’t fill stadiums this year because of the scandal that allowed them to win the World Series in 2017 and be so successful under Skipper AJ Hinch.

Say what you want about the Astros, but they’re a very good team that can capitalize with their bats at any moment during a game. A team is never safe with any lead when playing the Astros because their offensive firepower is one of the best weapons in the entire league.

Their record didn’t match their talent level during this sixty-game season, but it’s no surprise that they’re in the ALCS once again. They have plenty of depth from the top of the lineup to the bottom.

Houston is the biggest underdog to win the World Series, which isn’t surprising off their regular-season record, but don’t count out the Astros just because of their low odds.

The ALCS kicks off Sunday with the Astros and Rays. The NLCS starts Monday night, where the Braves will face the Dodgers. It’s time for championship baseball!