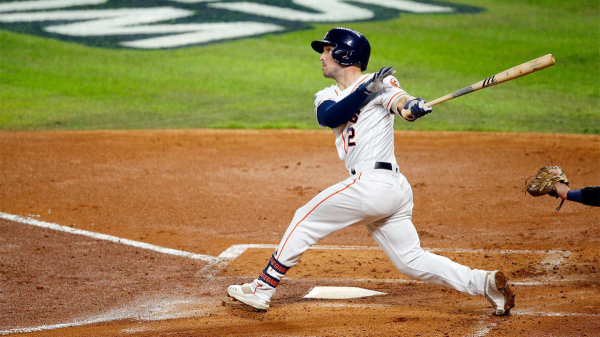 They are two of the best words in all of sports: Game 7. After an unprecedented World Series, where the road team has won every single game to this point, there will be a Game 7 played Wednesday night as the Washington Nationals take on the Houston Astros at Minute Maid Park.

After winning three in a row in Washington, the Astros were not able to keep it going in Game 6, as the Nationals came from behind and won 7-2 despite some controversial calls along the way. Still, when it comes down to just a single game, all bets are off, as anyone can be a hero, and either team has the opportunity to win the World Series.

The moneyline for this matchup features the Washington Nationals at +115 and the Houston Astros at -135. The over/under on runs scored is set at 7.5.

For three games in Washington, the Nationals looked lost. They scored a combined three runs (one run per game) and could not get anything going. In Game 6, all of those concerns went by the wayside. In fact, in that one game, Anthony Rendon had more runs batted in (five) than the Nationals scored in their previous three games.

The pitching side of this one will be interesting for the Nationals. Obviously, Stephen Strasburg is not an option after throwing 8 1/3 innings on Tuesday, but other than him, it will be all hands on deck. The most interesting part of the equation will be their starter.

Max Scherzer was scratched in Game 5 after he was unable to even lift his arm. Fast forward to Game 6, and he was warming up in the bullpen and is now tabbed as the starter for Game 7. It will be quite a story if he is able to pitch and pitch deep into a game after having just been scratched.

Aside from him, though, don’t be shocked to see Patrick Corbin, Anibal Sanchez and really any of the Nationals’ pitchers if they are needed.

The Houston Astros worked hard all season to give themselves the best record in all of baseball and home-field advantage for just this occasion. To this point, it has not worked in their favor, having dropped all three of their games in Houston this World Series.

Even more alarming is that they have dropped these three games with Gerrit Cole (Game 1) and Justin Verlander (Games 2 and 6) on the bump. Now they will turn to trade deadline acquisition Zack Greinke to try to take them to the promised land.

In Game 3 of the series, Greinke went 4 2/3 innings, allowing seven hits, one earned run, three walks, and struck out six. He will try to give his team a chance on Wednesday.

Offensively, the bats went seemingly cold for the Astros again at home. Granted, a lot of the credit for that should go to Strasburg, who was absolutely dealing, but they still struggled after the first inning. In the first, George Springer hit a scorching double, and Alex Bregman hit a solo home run to give the Astros a 2-1 lead, but they were shut down for the last eight innings of the game.

In order to win, the Astros are going to need their offense, particularly Springer, Jose Altuve, Michael Brantley, Bregman, Yuli Gurriel, Yordan Alvarez and Carlos Correa, to step up. Whether they can against Scherzer is a whole different question altogether.

This whole World Series, I have continued to say that this matchup is immensely close. Both sides have impeccable starting pitching, and both offenses have the ability to put up runs in bunches. With that in mind, it has seemed appropriate to bet on the team getting the favorable moneyline, and, in this one, that is the Washington Nationals.

It is much closer than it has been in previous games, but they still have the advantage at +115 versus -135. It will be very interesting to see what Max Scherzer feels like for this one. After being scratched for Game 5 and warming up in Game 6, he will certainly have a big impact on Game 7. If healthy, though, my money is going for the Nationals at +115.