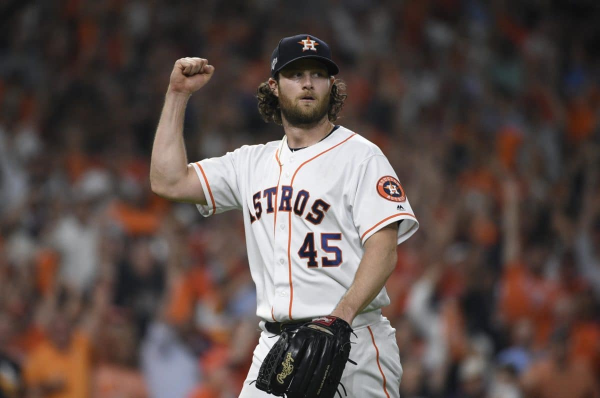 The Fall Classic is finally upon us. After a grueling season that started with pitchers and catchers reporting in early to mid-February, we are now ready to start with Game 1 of the World Series. This year, it will be the Washington Nationals representing the National League and the Houston Astros of the American League vying for the title of World Series champion.

Game 1 is set for Tuesday night from Minute Maid Park in Houston. The pitching matchup for this one features Max Scherzer (13-7, 2.81 ERA) going for the Nationals against the Astros’ Gerrit Cole (23-5, 2.30 ERA). This should be a dynamic series filled with great pitching matchups as potential Hall-of-Fame-caliber arms fill both teams’ starting rotations. First pitch for this one is scheduled for 8:08 pm ET.

The moneyline for this matchup features the Houston Astros at -200 and the Washington Nationals at +170. The over/under in terms of runs scored is set at 7.

To go on the road to Houston to try to take Game 1 with Cole facing you on the mound is certainly a daunting task; however, when you have Scherzer on the bump, it makes it a little more bearable. On the season, Scherzer is 11-7 with a 2.92 ERA and 1.03 WHIP in 27 games.

Offensively, Anthony Rendon has continued to set the pace for the Nationals’ offense. In 32 at-bats this postseason, he is hitting .375/.465/.594 with a home run, seven runs batted in and eight runs scored. Like Cole, he will be a free agent after the season and continues to enhance his worth every time he steps onto the field.

Like Scherzer, during the postseason, Cole has been even better. In three starts, he is 3-0 with a 0.40 ERA, 0.79 WHIP and opponents are hitting just .132. In 22 2/3 innings, he has allowed 10 hits, one earned run and has struck out 32 versus eight walks. That is not too shabby considering one of those starts was against a dynamic New York Yankees offense.

On the offensive side, the Houston Astros are hoping their bats wake up. The one bat that has produced is also the reason that they didn’t have to play a Game 7 in the ALCS. Jose Altuve has been fantastic this postseason. He is hitting .349/.417/.767 with five home runs (including the Game 6 game-winner off of Aroldis Chapman), eight runs batted in and 10 runs scored.

The player that coach A.J. Hinch and the Astros would love to see get going, though, is Yordan Alvarez. The likely Rookie of the Year has struggled this postseason to the tune of a .171/.227/.244 line with no home runs and a whopping 19 strikeouts. Against the Nationals’ rotation, it certainly isn’t going to get easier for him.

I really struggle with this one. Truly, there is a lot of value in the Washington Nationals given that Scherzer is on the bump, and the moneyline is at +170. Despite that, though, I still feel like I want to lean to the Astros.

They had the best home record in baseball during the regular season (65-22), and they have gone 5-1 at home this postseason. Throw on top of that the fact Cole is on the mound makes them almost unbeatable. Why? The Astros have not lost a Cole game in his last 16 appearances.

Also, even though their offense has struggled in the postseason, the Astros still have one of the most complete lineups in the game. I wouldn’t blame you if you took the Nationals, but for my money, I am taking Houston at -200.