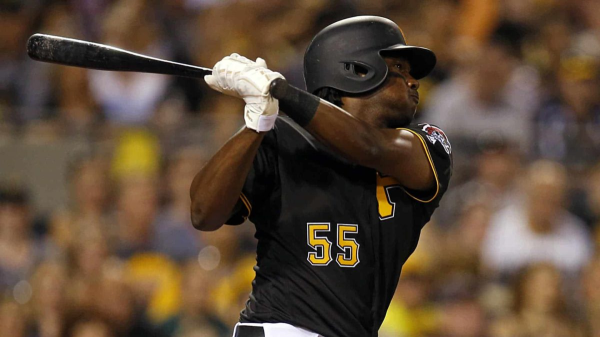 Will the chalk take home the Home Run Derby title for the third year in a row?

It’s been called America’s national pastime. I guess you could say, it’s like a pastime within a pastime since it’s already America’s game, but now, we’re cashing in on the fact that the Home Run Derby is an absolute gem of an event, so where should your money be going?

While this has been a record-setting year for baseball, particularly in the offensive categories, it may be time to look that way with the Home Run Derby. While it would be very fitting for there to be a legendary All-Star Game and Home Run Derby, let’s get into the nitty-gritty of what you should be betting.

So what are the sharp guys taking when it comes to the Derby — heck, are there even sharp guys betting the Derby in the first place? Let’s find out …

Let’s get one thing straight, are there sharp guys betting this thing? Uh, not really. While there may be some sharp guys messing around with a friendly wager here and there, this is a gimmick, a novelty. While the holiest of holy national pastimes is certainly this one, the reality is that when it comes to betting events such as these, there are very few people who are legitimately going to be placing sizable wagers on this contest. This is an event that only the most degenerate of degenerates should be wagering major, major money on.

But then again, if you’re trying to have some fun and pass the time on otherwise uneventful (for betting) Monday evening, then, by all means, go ahead and put some money on it.

But remember, try not to go broke betting on this thing. There’s a whole lot of baseball to be played, and you’d hate to squander most of your bankroll betting what otherwise is just a prop bet.

With our disclaimer out of the way, let’s get down to what you’re really here for: Who’s going to win this thing?

When it comes to the venue, that’s a huge determinant as far as who actually wins, and when it comes to the Derby, it’s a venue that really favors a lefty. There’s a rather long wall that’s set-up on the far left field line, but on the same part of the right field, there isn’t as significant of a gap, making it a prime opportunity for a left-handed hitter to really mash one of the fences.

When you look at the lineup of freakish strokers, Josh Bell has to be the top of your list, and no kidding, he’s also on top of the oddsmakers lists as far as the odds-on chalk.

The freakish slugger for the Pittsburgh Pirates has been part of the reason why they’ve had sustained offensive success this season, and he may lead to financial success for you (yeah, you, the one reading this) if he can continue his big-time slugging on the field Monday night.

Bell is +350, and given that he’s a switch hitter, he can conveniently bat left-handed and absolutely crush the ball over the fence. Last year, the biggest chalk on the board was Bryce Harper, who was +225 to win the Derby.

Harper ended up edging Kyle Scharwber, who was the next biggest chalk at about +335, and if the trend continues going forward, it would make it the third year in a row where one of the big favorites won, given that Aaron Judge and Giancarlo Stanton were favored in 2017, with Judge running away with it.

This year, I like the trend to continue: the sharp money (if there is any on this contest) will be riding with Bell to take it home and hoist the Home Run Derby trophy for the pride of Pittsburgh.