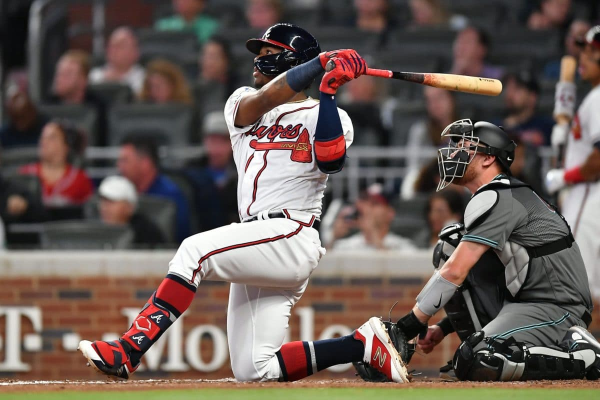 It will be an NL East battle on Sunday Night Baseball as the Washington Nationals (52-45) take on the Atlanta Braves (59-41) at SunTrust Park. This matchup features the top two teams in the NL East as coming into this one the Braves lead the Nationals by 5.5 games. Still, for a team that was written off earlier in the season, the Nationals have come storming back and now sit in the first Wild Card spot, 1.5 games ahead of the Brewers. With that in mind, every game remains crucial as the Nationals look to maintain playoff positioning, and the Braves look to extend their lead.

The moneyline for this one comes in at the Washington Nationals +115 and the Atlanta Braves -135. The over/under for total runs scored is 11.5.

On the offensive side, Atlanta has been the more consistent team of the two this season. They currently rank seventh in runs per game with 5.29 (4.90 at home). For the Nationals, they come in at 14th with 4.97 runs per game (5.02 on the road).

The Nationals always seemed too good on paper to play as poorly as they did to start this season. Recently, they have been showing exactly why, having won 10 of their 14 games in July. Looking to add another win will be Joe Ross on Sunday.

On the offensive side, as expected, Anthony Rendon has set the tone for the team. On the season, he is hitting .321/.403/.612 with 20 home runs, 67 runs batted in and 70 runs scored, leading the team in all three categories.

Braves Looking For A Split

After dropping two of the first three games, the Braves are looking to end the series with a split. To do so, they will send Gausman to the mound. On the season, the right-hander is 2-5 in 13 starts with a 6.21 ERA, 1.51 WHIP and opponents are hitting .285 against him. In 62 1/3 innings, Gausman has allowed 70 hits, 43 earned runs, eight home runs and has struck out 64 versus 24 walks. This will be his first start in over a month as he is returning from the injured list.

While the Nationals have Rendon, Atlanta has Freddie Freeman. On the season, he is hitting .297/.384/.564 with 25 home runs, 77 runs batted in and 73 runs scored. In his career, he has also had success against Joe Ross to the tune of a .429 batting average, two home runs and four runs batted in.

Aside from Freeman, Atlanta also has the likes of Ronald Acuna Jr., Josh Donaldson, Austin Riley, Ozzie Albies and Nick Markakis, making them a very deep and dangerous lineup.

I don’t bet the overs too much when they hit double digits, but I would consider it on this one despite the lofty 11.5. Neither of these pitchers has been effective at keeping runs off the board, and both of these teams have the players to make runs happen. In a slugfest like this, I have to look at the numbers where Atlanta has been just a bit more consistent throughout the season at scoring runs. Despite the fact that they actually score better on the road, I am still taking the Braves in this one despite the -135 moneyline.