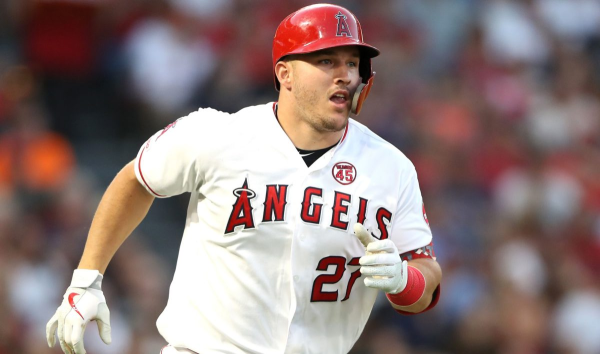 The Major League Baseball season has officially come to a close with the awarding of the 2019 MVP Awards to the Angels’ Mike Trout and the Dodgers’ Cody Bellinger.

By edging out Houston’s Alex Bregman in the voting, Trout becomes a three-time AL MVP, which only adds to his Hall of Fame resume. After missing the final month of the regular season with a foot injury, the Angels’ star centerfielder was worried he’d claim second in the MVP voting for a fifth time, but a relatively close vote ranked him first among all American League players.

Only Barry Bonds, who won seven MVPs, four of which came after the slugger turned 35, owns more MVP awards than Trout.

It could be argued that the National League MVP race was a tougher one to win, with three incredible talents boasting MVP-level years. To become the first Dodger to win the NL MVP since Clayton Kershaw in 2014, Bellinger had beat out both Christian Yelich and Anthony Rendon.

While the loss will be much easier to swallow for Rendon, who won the World Series and is poised to land a monstrous deal this offseason, Yelich will be left wondering what could have been after suffering a season-ending injury in September.

The Angels’ All-Star outfielder is often referred to as the best player in baseball, and he showed why throughout the 2019 season.

At just 28 years of age, Trout set a new career high with 45 home runs despite missing the final 22 days of the regular season. Trout also led MLB with an on-base percentage of .438 and trailed only Yelich with his slugging percentage of .645.

Although the Angels finished fourth in their division with a record of 72-90 and never had a chance at October baseball, Trout never really slowed down.

In the end, that was enough to earn 17 first-place votes and 13 second-place votes, while Bregman earned the opposite.

While the AL Cy Young race ended in an upset, with Justin Verlander getting the award over the favored Gerrit Cole, the MVP award ended up in the hands of the favorite. Trout led throughout the year, and while Bregman skyrocketed his odds from +2500 in August to +100 in October, Trout was sitting on even better odds of -140 to win the AL MVP at season’s end.

In the National League, three players received at least a single first-place vote for MVP, and the odds showed a four-horse race for the award.

Yet it was Bellinger who held off impressive second-halves from Rendon and Yelich to win the NL MVP. While the AL MVP went to a player whose team never even sniffed the playoffs, Bellinger had the advantage of leading the 106-win Dodgers to a top seed in the National League.

Bellinger was the early favorite for the award after carrying a .400 batting average through most of May and ended the year with fantastic numbers. Bellinger led Los Angeles with his .305 average, 47 home runs, 115 RBI, 170 hits, and .406 on-base percentage.

On top of his offense, Bellinger won a Gold Glove for his play in right field.

The odds favored Bellinger since early May, and the Dodgers’ star was able to hold off Yelich, Rendon, and Ronald Acuna Jr. in the end.