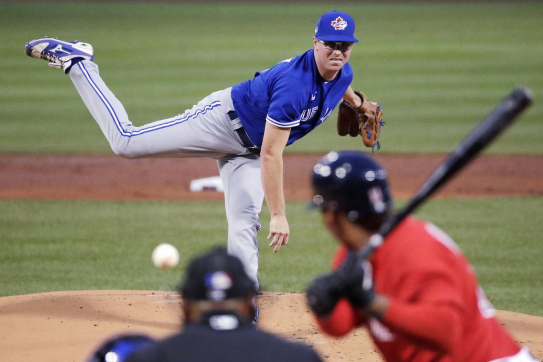 Toronto is a team that definitely took advantage of the extended playoff format this season. This is a young group, but it is is being led by a couple of veteran hitters in Teoscar Hernandez and Randall Grichuk. Their pitching has dramatically improved since last season, and they now boast starters with playoff experience, which could Tampa some trouble.

Tampa had yet another successful season, winning the American League East with a spectacular 40-20 record, second best in the majors. The Rays are very strong in the pitching department, and even though their lineup might not be filled with star power, they have a well-balanced lineup with great situational hitting. They consistently make the most of their opportunities.

SP Ross Stripling – Questionable – Gives them some depth when available, and could even help in a bullpen role in the playoffs.

RP Jordan Romano – Out – He was one of the Jays best relievers before getting hurt 10 days ago.

1B Rowdy Tellez – Out – Lefty has big time power, but struggles to make contact. He might have DHed in some games if he were available, especially against right-handers.

OF Austin Meadows – Out – A key hitter at the top of the Rays lineup.

OF Manuel Margot – Questionable – Got regular playing time in the OF this season and led the team in stolen bases.

3B Yandy Diaz – Out – A reliable hitter who will probably not play in the series.

The Jays are throwing a curveball here by using Matt Shoemaker instead of ace Hyun-Jin Ryu to start this short series. It is not expected that Shoemaker will go deep into the game though, so handicapping this one gets a little wilder still. One factor might have been that Shoemaker has made three starts against Tampa this season and generally pitched well, even though the Jays won just one of those games.

Blake Snell has been the far superior arm, even though he is not all that efficient. To take the Rays at this price, I think you have to believe that Snell is going to go out there and dominate, while the Rays build a lead that is just too much to overcome. I think the Jays will be more competitive than that, so I am leaning to the value on the Toronto side.

I am not locked in on the situation for Toronto, but if they can get an early lead they might be able to make it stand up. Tampa has the best bullpen in the majors this season, but that becomes less valuable if they are down early and need to hit. The lineup edge could easily go to the Jays, who have more power and score more. Crazy things always happen in the playoffs, so take the value when you can.

The over was 6-3-1 in the regular season meetings between these two teams. Only one game, the first game of the season had a total as low as this one, creating some good value on the over here. I like the Jays to win (see above), but at the same time their Shoemaker and the bullpen plan could easily go up in smoke pretty quickly.

Both of Snell’s starts against Toronto this season were overs too, so there is evidence that this one is more than likely not a 2-1 ballgame. The brilliance of Tampa bullpen is a factor, but the Jays are more mediocre in that category. I can see them getting a lead and having the Rays chip away at on in the way to a final that clears the number.