The Story That Won’t Go Away: Astros Cheating Scandal Continues 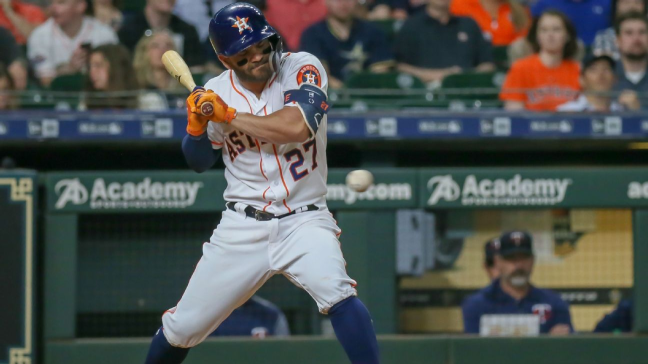 The Black Sox, the steroid era, and now the Houston Astros – baseball’s storied history of cheating continues to grow by the day as Astros players and ownership fight back in the face of undeniable proof.

By now, we all know the crux of the Houston cheating scandal. In 2017 and at least into part of the 2018 season, the Astros used electronics to steal signs and relay that information to batters in real-time via noises, the most notable of which was banging on a trash can in the dugout.

Although their dishonest efforts led directly to their World Series championship in 2017, the Astros have not been stripped of their title, and no players have faced discipline from Major League Baseball.

Instead, commissioner Rob Manfred and the league decided to suspend manager A.J. Hinch and general manager Jeff Luhnow, who were then fired by Astros owner Jim Crane.

Now, both fans and MLB players alike feel like the Astros deserved more punishment for their blatant cheating, but the Astros remain defiant.

The Astros cheated to win a World Series – that’s a sentiment everyone but those in the Houston organization seems to agree on.

For example, when the Astros finally faced the music publicly for the first time by issuing statements and answering questions from media members, Crane answered one question about the sign-stealing scandal by saying, “Our opinion is that this didn’t impact the game.”

Roughly one minute later, Crane was asked about that quote. In response, Crane said, “I didn’t say it didn’t impact the game.”

That’s the sort of dishonesty, defiance, and indirectness that continues to keep this story alive, with the masses growing more and more angry at a group they feel isn’t facing proper punishment for their cheating efforts.

One of the more recent acts of defiance came from Carlos Correa, who chose to defend the Astros against remarks about their cheating from the Dodgers’ Cody Bellinger.

“(Bellinger) either doesn’t know how to read, is really bad at reading comprehension, or is just not informed at all,” Correa said.

These kinds of comments are only increasing the fervor of fans’ and players’ anger, and that may very well play a part in their response to the Astros on the field.

Odds Set On Number Of Astros To Be Plunked

Because they feel Major League Baseball isn’t disciplining the Astros nearly enough, fans and players will take justice into their own hands. That begs the question, what sort of punishment fits the crime?

Fans will surely boo the Astros for a significant period of time. It’s also fair to say that a large portion of the MLB fanbase will always view Houston’s 2017 title as a tainted one. But the only punishment the MLB is worried about at this point is the one that will be executed by opposing pitchers.

In a sport of unwritten rules, plunking a batter has long been a form of player-to-player discipline. That form of punishment is expected to be used liberally in 2020.

Because Astros hitters will likely be targeted frequently by opposing pitchers, oddsmakers have set the over/under on the number of Houston batters to be hit by a pitch at 83.5.

Manfred has already warned MLB teams that intentionally throwing at batters will not be tolerated, which leads to an intriguing possibility: If an opposing pitcher is thrown out for hitting a Houston batter, that pitcher will face more of a punishment than the players who actually did the cheating in the 2017 sign-stealing scandal.

Last season, 66 Astros batters were hit by a pitch, which was level with the league average of 66.1.