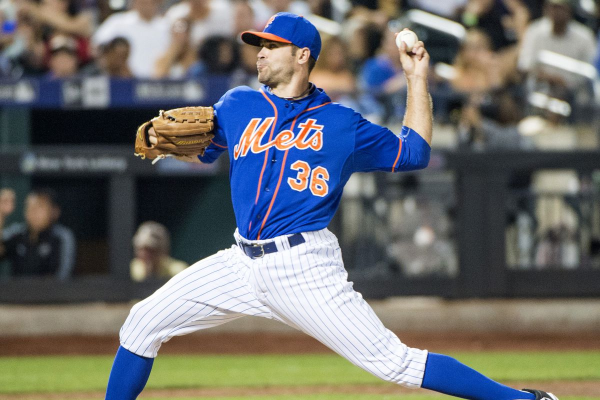 The surging Tampa Bay Rays are coming off a 2-1 victory over the New York Mets, in Game 1 of a three-game series in the big apple.

At (35-19) on the season, Tampa holds a commanding lead atop the AL East division. The Rays have been one of the best teams in not only the AL, but all of baseball, as they extend their lead to 4.5 games over the New York Yankees in the division following a Yankee loss to the Blue Jays last night.

As the Mets utilized their ace Jacob DeGrom in Game 1, the Rays will use theirs in Game 2. The 2018 AL Cy Young award winner, LHP Blake Snell, takes the mound for Tampa with a (4-1) record on the year and a 3.05 era.

The red-hot Rays have been on an impressive run in their last ten games, bolstering an 8-2 record. I expect their success to continue in Game 2 against the Mets.

Tampa is 11-5 against the spread in its last 16 games on the road. Look for their success to continue as I advise you to double down on Tampa (-1.5) and ML. The Mets had their best chance to squeeze out a victory against the Rays in Game 1, however their offense failed to provide any run support for DeGrom. That has been a glaring theme for DeGrom and the Met’s throughout his tenure with the team.

Even though the run total has gone in under 7 of Tampa’s last 8 games, I expect this trend to end in Game 2 as the bats will wake up for an offensive explosion. That is why I am also hammering over 7.5 total runs. The saying goes that “life is too short to bet the under” and I firmly abide by that in this scenario. The Ray’s offense is due for a surge, after failing to reach an over in some time.

The main reason why I like the over is because the Rays have averaged 7.8 runs when Snell is on the mound this season. I believe that Snell provides this added confidence whenever he takes the mound, as he has proved to be nearly a sure thing for the Rays during his stellar career. Snell has been the defensive spark that has fueled the offensive lineup that can attack and hurt you at any spot in the order. Even though the offensive production has been sluggish as of late, the bullpen has been stellar leading to win after win for the Rays.

The Mets (24-29) will be sending RHP Seth Lugo to the bump, who has a (2-3 record) on the year, while also holding a 4.34 era in 29 innings pitched. In his last start, Lugo only lasted 1.2 innings as he gave up six runs to the Phillies on seven hits. Lugo is desperately looking for a bounce back game, but it will not come against the superior Tampa line-up.

The mediocre Mets are (4-6) in their last ten games, with an offense that has been up and down during that time span. They will not be able to provide enough run support to hang in this ballgame.

I predict a blowout in Game 2 of the series at Citi Field, as Tampa will be victorious with a final score of 8-2.

Tonight, two pitchers whose records could use a little polishing match up as the St. Louis Cardinals welcome the Miami Marlins to Busch Stadium to open a three-game series. Cardinals hurler Adam Wainwright has not picked up a win since May 20, while Pablo Lopez’s win in his most recent start last week was his END_OF_DOCUMENT_TOKEN_TO_BE_REPLACED