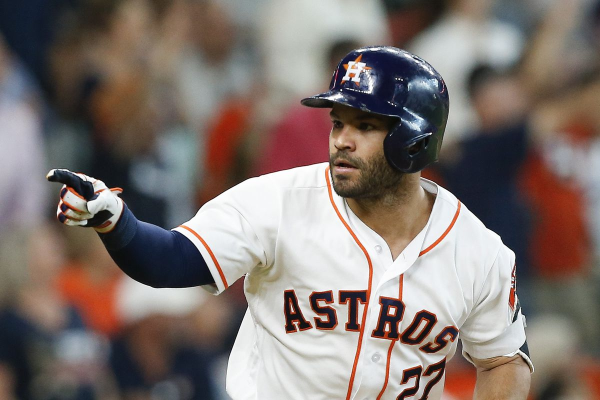 The American League Championship Series continues on Tuesday with Game 3 between the Tampa Bay Rays (2-0) and the Houston Astros (0-2). After the Rays took the first two games, the Astros are hoping to cut into the deficit. First pitch for this one is scheduled for 8:40 pm ET from Petco Park in San Diego.

The first two games have featured pitcher’s duels as there have only been a combined nine runs scored in two games. In the first game, Tampa bay won 2-1, followed by a 4-2 victory on Monday. Manuel Margot was the hero for Tampa Bay on Monday as he hit a three-run home run in the first inning to give the Rays a lead they would never relinquish.

According to FanDuel, the Rays are the favorites to win Game 3 with a moneyline of -112 while the Astros sit at -102. The spread comes in with the Astros +1.5, and the over/under for total runs sits at 8.5.

If betting the series, the Rays are currently -1000 to win while the Astros are +620 to come back and beat the Rays.

Defensively, it is the Rays who hold the advantage. They rank 4th overall as they are allowing opponents just 3.78 runs per game. On the other hand, the Astros rank 12th as they allow an average of 4.49 runs to opponents.

In two games, the Astros have outhit Tampa Bay, 19-10. They have also struck out 26 batters in two games, and starting pitchers have allowed just three earned runs. Still, they find themselves down two games.

On Monday, it was a defensive lapse by Jose Altuve that cost them. In the first inning, he made a throwing error with two outs that would have gotten Lance McCullers Jr. out unscathed. Instead, a three-run homer by the next batter put them in the hole.

Offensively, there are encouraging signs. They are getting base runners on base; they just aren’t getting the big hits. In fact, in two games, they have left the bases loaded three times. Two players who have done a little damage on the scoreboard are Altuve and Carlos Correa, who have each hit a solo home run in the first two games.

Monday might go down as the Manuel Margot game. After hitting just one home run during the regular season, he hit a three-run home run in Game 2, following the error by Altuve.

Margot also had a phenomenal catch in the next half-inning, getting George Springer out in foul ground falling over the side rail. This was just one of a series of excellent plays made by Rays’ defenders against Astros’ batters.

On the mound for the Rays will be lefty Ryan Yarbrough. This will be the first postseason start for Yarbrough, although he did pitch in relief against the Yankees in the ALDS. He went 1-4 with a 3.56 ERA, 1.19 WHIP, and 44 strikeouts in 55.2 innings pitched in the regular season.

Honestly, the Astros have had multiple chances to take each of these first two games. Their offense has been more consistent, and their starters have been relatively dominant. However, they find themselves down 0-2 because Tampa Bay has taken advantage of timely hitting when the Astros couldn’t.

I am not sure if the Astros ultimately win this one or not, but with how these first two have been played, it seems as if they will be close throughout. With games being so close, it seems like taking the Astros at +1.5 is the right play.