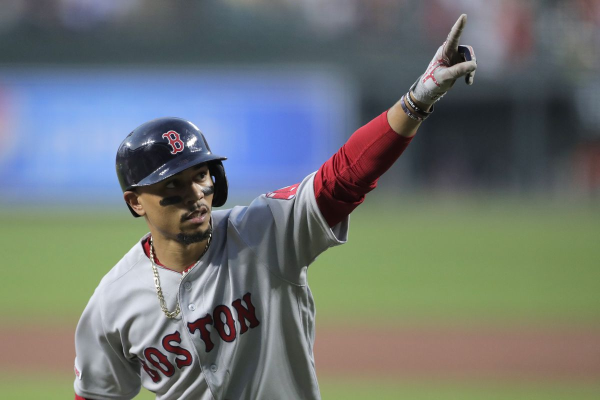 ESPN’s Sunday Night Baseball will feature the best rivalry in baseball this week in a matchup between the Boston Red Sox and New York Yankees. This series has been anything but a rivalry though, as the Red Sox have blown out their rival in three straight games. Boston will be looking to complete the four-game sweep on Sunday night and move even closer to the Yankees in the American League East standings. The Yankees are hoping to get out of Boston with at least one win in hopes of turning their fortunes around.

Boston has now won five of its last six games to improve to 59-47 on the season. The Red Sox are still eight games out of first place in the AL East but have now moved into second place. Boston got off to a miserable start to the season but is picking things up at the right time.

New York still has the best record in the American League at 66-38, but they are losing that lead in a hurry. The Yankees have now lost five of their last seven games and never enjoy losing to the Boston Red Sox. The Red Sox are -175 over the New York Yankees in the series finale.

The New York Yankees have given up at least seven runs in seven straight games, and most of that falls on their starting pitching. New York has been trying a lot of different options of late, but they will have their ace on the mound on Sunday night. Domingo German will get the start for New York in the series finale, and he has been lights out of late. German is 12-2 with a 4.03 earned run average this season. The Yankees desperately need a long start from German to save their tired bullpen.

New York has plenty of thunder in its lineup, but they have been held pretty quiet so far in this series. The Yankees have hit a whopping 175 long balls this season, but their pitching staff has also yielded 164 long balls. DJ LeMahieu leads the Yankees with a .332 batting average, while Gary Sanchez has hit a team-high 24 home runs. New York might have to slug their way to victory in this one.

The Boston Red Sox have finally found their rhythm on offense, and they are putting up big numbers again. Boston has scored 38 runs so far in this series, and they are using the long ball to get it done. Xander Bogaerts has been hot of late and now leads the Red Sox with 23 home runs and a .396 on-base percentage. Rafael Devers has been a hitting machine all season long and leads the team with a .323 batting average to go along with 137 hits. A red-hot Boston offense is scary for the rest of the American League.

Chris Sale will be on the mound for the Red Sox, and he has had a disappointing season as well. The former Cy Young winner is just 5-9 with a 4.00 earned run average, despite still leading the team in strikeouts. Sale has won his last two starts for the Red Sox and has the ability to shut down the Yankees lineup in this game.

The Boston Red Sox are just playing with too much momentum right now to lose this game. The Red Sox are doing everything right on offense, and they will have a big advantage in the pitching matchup as well. The Yankees are going to be fine and will be a force to deal with in the playoffs, but this has been a rough stretch for the Bronx Bombers. Bet the Boston Red Sox -175 over the New York Yankees in the series finale.