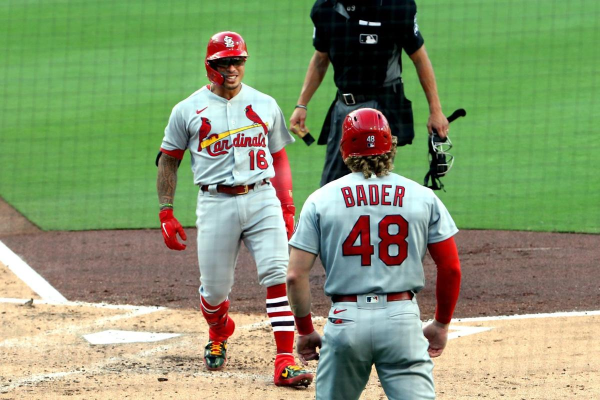 It is win or go home in San Diego this evening. St. Louis carried their season-ending momentum to a game one win but then San Diego showed their fight, and power, winning game two to extend the series. Fernando Tatis Jr. grew his already-legendary status with his two late inning bombs and bat flips last night, but it will feel a little hollow if they don’t actually get the series victory tonight.

The big narrative coming into this one is whether there is a changing of the guard in the National League. St. Louis might have secured their playoff position later in the season, but they have made the playoffs more often than not over the last 20 years, including a couple of World Series wins. The recent past has not been as fruitful for San Diego, but this looks like a team on the rise. We’ll see if they can take a huge step tonight.

He might not have been super sharp this season, but Flaherty is the Cardinals’ best starter so it is fortuitous for St. Louis that he is available for this game. Last year he made his postseason debut and went 1-2. It was hardly the most dominating sample, but given what we have seen throughout his career, we can be pretty confident that he is not going to implode and is just the kind of guy who can shift the momentum from yesterday’s loss.

San Diego has not announced their starting pitcher yet and they are a bit of a mess in that department. Their projected top two starters for the playoffs, Mike Clevinger and Dinelson Lamet, are both hurt. Garrett Richards and Adrian Morejon might have been the logical arms to go with here, but they have both been used in the series’ first couple of games. It looks like the Padres will be trying multiple arms in short stints and hoping for the best.

That means the Padres lineup is probably going to have to score like it did in the last game to advance. That is going to be tough against one of the best pitchers in the National League.

The handicap for this one comes down to trying to predict what we are going to get from Flaherty. He has been all over the map this season. These teams did not meet during the regular season, if they had and Flaherty was sharp I might be inclined to lean that way, but we have no data to go on there.

As a result, my inclination is to fade STL here, even though we have more knowns on that side. We may not know everything about the pitching strategy for SD, but that lineup can be lethal. They just smashed a bunch of homers yesterday and they were one of the top scoring teams all season. They can be a little feast or famine, but that is what is driving me on this one.

Both of the first two games were set at this number and both have gone over. The only reason this total has held is because the oddsmakers are installing the Cardinals, with Flaherty leading the way, as the favourite. They are on the side of expecting him to do well and are not expecting another wild finish. You could try and hedge and take the under if you are in agreement with that, but I think a Padres win (above) is more likely to correlate with the over. There is also a chance that whatever pitching strategy San Diego deploys blows up in their faces and the Cards plate a bunch of runs too. Therefore the over has nice value all the way around.