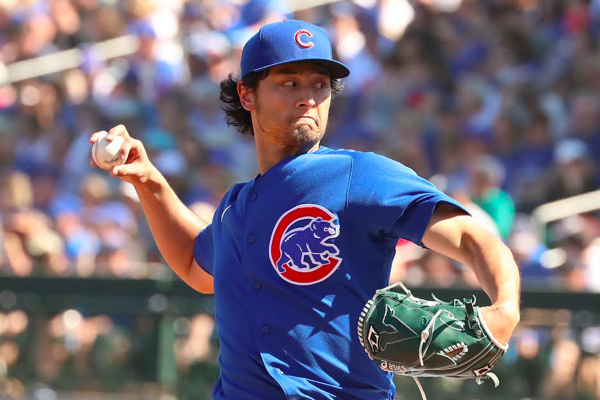 Tuesday night features one of the best rivalries in the National League as the St. Louis Cardinals (5-5) take on the Chicago Cubs (14-7) at Wrigley Field. Given the number of postponed games due to an outbreak in the Cardinals’ organization, the two teams are playing five games in just three games.

With doubleheaders on Monday and Wednesday, Tuesday’s game will be a single game, and first pitch is scheduled for 8:15 pm ET.

On Monday, the two teams split a doubleheader as the Cardinals took the first game 3-1 but then lost the nightcap 5-4. Given doubleheaders are only seven-inning games, the Cardinals’ bullpen blew a big opportunity by allowing four runs to the Cubs in the sixth inning, paving the way for the loss.

At 5-5, the Cardinals technically sit in third in the NL Central based on winning percentage; however, they have an uphill climb as they try to make up a slew of games. Right now, they have played at least eight less games than anyone else in the division.

For the Cubs, they lead the NL Central by 3.5 games over the Milwaukee Brewers and would love to put even more distance between themselves and the Cardinals. Despite playing poorly over the weekend, Monday’s second game is the type of game that might get them going in the right direction again.

According to FanDuel, the Cubs are the heavy favorites in this one as their moneyline sits at -186. For the Cardinals, they come in at +160 on the moneyline.

On the offensive side, the Chicago Cubs have the advantage early on this season. They currently rank 9th in runs scored as they are averaging 5.05 runs per game. For the Cardinals, they come in 27th averaging 3.88 runs per game.

On the defensive end, it is the Cardinals who hold the advantage. They currently rank 4th in runs allowed per game at 3.75 while the Cubs come in 8th, allowing 4.16 runs per game to opponents.

Cardinals Look To Bounce Back After Rough Split

The Cardinals know they let one slip away on Monday night, but will look to turn around and retake the series advantage on Tuesday. To do so, they will turn to righty Daniel Ponce de Leon. On the season, Leon has pitched in two games (one start). In that time, he has a 6.75 ERA, 1.25 WHIP, and has struck out eight over four innings of work.

On the offensive side, the Cardinals are still not at full strength. As players work their way through the COVID-19 protocols, they will be without catcher Yadier Molina and shortstop Paul DeJong.

Cubs Looking For Darvish To Be Sharp Again

Despite an inconsistent past several years for Yu Darvish, there is no denying that he has the stuff to be dominant. Thus far this season, he has shown glimpses of being that legitimate ace.

In his last start, a 4-2 win over the Brewers, he went seven innings, allowing one hit, one earned run, two walks, and struck out 11. He will look to pick up where he left off against the Cardinals on Tuesday.

One player that the Cubs hope can turn it around, though, is Kris Bryant. The slugger has struggled thus far, hitting just .177/.271/.323 with two home runs and only four runs batted in through 62 at-bats.

Hard To Bet Against The Cubs In This One

While the Cardinals are a team that can never be counted out, I like the Cubs in this one. Not only are they coming off an emotional high of winning in comeback fashion Monday night, but they have Yu Darvish on the mound, who has been sensational this season.

For my money, I am taking the Cubs despite the -186 moneyline.

Tonight, two pitchers whose records could use a little polishing match up as the St. Louis Cardinals welcome the Miami Marlins to Busch Stadium to open a three-game series. Cardinals hurler Adam Wainwright has not picked up a win since May 20, while Pablo Lopez’s win in his most recent start last week was his END_OF_DOCUMENT_TOKEN_TO_BE_REPLACED