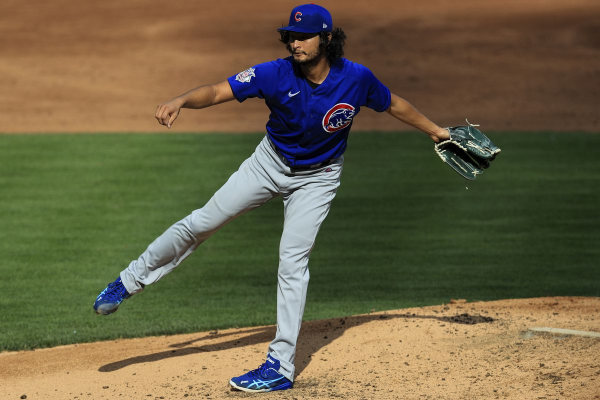 One of the best rivalries in baseball squares off again as the St. Louis Cardinals (14-14) travel to Wrigley Field to take on the Chicago Cubs (22-15). This is the first of five games between the two this weekend. First pitch for Friday’s contest is at 8:15 pm ET.

The St. Louis Cardinals come into this weekend in second place in the NL Central, 3.5 games behind the Cubs. The Cardinals had Thursday off after taking two of three from the Cincinnati Reds earlier in the week. Despite losing the last game of the series on Wednesday, they will look to get back in the win column Friday.

The Cubs come into this one hoping to widen the gap between them and the rest of the NL Central. They also took two of three in their last series, losing the finale to the Pittsburgh Pirates 6-2 on Thursday.

Offensively, Chicago has been the more productive team this season. They rank 11th overall in runs scored at 4.92 per game. The Cardinals come in 19th in MLB as they are averaging 4.50.

Defensively, it is the Cardinals who hold the advantage. They come in 5th in the majors allowing an average of 3.82 runs per game. The Cubs come in 11th overall, allowing 4.36 runs per game.

In such a short season, every game matters. For that reason, the Cardinals would love to win this series and close the gap on the Cubs in the NL Central.

To do that, the Cardinals will turn to their ace, Jack Flaherty, to take game one. In his last game, a 2-1 extra inning loss to the Indians, Flaherty went 5 innings, allowing 3 hits, 1 earned run and 5 strikeouts. He will look to build on this outing against the Cubs Friday.

The Cubs know they have a golden opportunity to create space between themselves and the rest of the division, and they will hope to do so starting Friday. To do so, they will turn to Yu Darvish on the mound. Darvish has been exceptional this year, going 6-1 with a 1.47 ERA, 1.00 WHIP and 52 strikeouts in 43 innings.

This one is a difficult game to call. Both Flaherty and Darvish have been outstanding this season, and both could easily take over the first 7+ innings. For that reason, I wouldn’t blame you if you took the Cardinals +1.5 runs.

Head to head, though, I am leaning towards the Cubs. Darvish has been Cy-Young caliber, and Chicago has been good at home this season, too. They are currently 12-8 at Wrigley Field while the Cardinals are 6-7 on the road. Again, I wouldn’t blame you either way you went, but I am taking the Cubs in this one at -140.