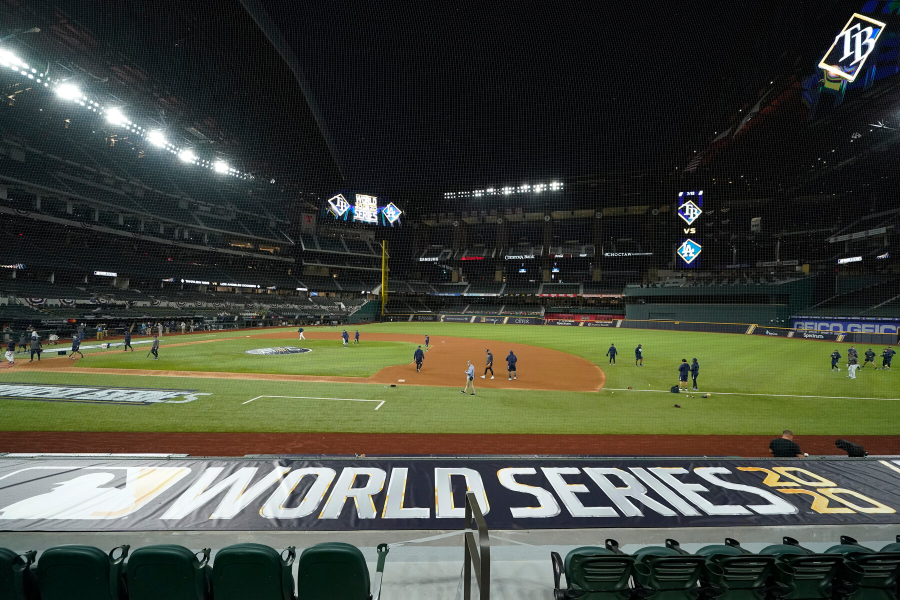 Following a wild championship series for both teams, the Tampa Bay Rays and Los Angeles Dodgers will go against each other in the 2020 World Series. Last round, both clubs went seven games with their respective opponent. The Rays barely survived against the Houston Astros after going up 3-0 in the series to start and then winning in seven while the Dodgers came back from a 3-1 deficit to beat the Atlanta Braves.

How to Watch: FOX

Rays vs Dodgers Expert Prediction’s (According to CBS Sports)

How the Rays can Cover the Spread:

If one thing is for certain, the Rays should not be looked at as underdogs this series. Besides the fact they dropped three in a row to the Astros, they had been great all postseason leading up to that. They knocked off the Yankees, one of the best teams in baseball with ease in the ALDS. The Rays have been clutch all postseason, offensively and defensively. A combination of their great pitching and offense will give them a great chance to win this game. Tyler Glasnow, who has clearly been the best pitcher for the Rays this year will have to have a great game against the Dodgers to give his club a chance to win. Despite posting a 4.08 ERA this season, he only lost one game. Don’t let the stats fool you, Glasnow is an electric pitcher who has the ability to shut down an offense any day, even the Dodgers. The most important thing for the Rays will be offensive support. They face a tough challenge against former Cy Young winner Clayton Kershaw, but if they are able to produce some offense against Kershaw it will put them in a great spot to not only cover the spread but win the game. So to conclude, the Rays should be able to cover the +1.5 spread if they can produce some offense against the Dodgers and if Glasnow can pitch a good game against the red hot Dodgers offense.

How the Dodgers can Cover the Spread:

Coming off a game seven victory, the Dodgers look to continue their success against the Rays. Los Angeles comes into the game favored against Tampa Bay favored by 1.5 runs, so they will need to win by at least two to cover. Offensively, the Dodgers were great in the last series against Atlanta. It all started by scoring 11 runs in game three which really got the offense going. They have been very clutch offensively all postseason and it was clearly evident in game seven. Enrique Hernandez and Cody Bellinger both hit clutch home runs for Los Angeles to help them win the game. In order to even give themselves a chance against Glasnow and the Rays, they will need to be solid offensively. On the other side of the ball, Clayton Kershaw will be given the ball for the Dodgers. Kershaw has been one of the best pitchers in baseball over the last decade, arguably the best. However, he has been known to struggle in the postseason and we saw it last series in game four. Kershaw is hoping to put his poor performance behind him and come back stronger in game one to give the Dodgers a chance against the Rays. Kershaw is more than capable of pitching a great game, and with some offensive support, there should be no reason Los Angeles will not be able to cover.