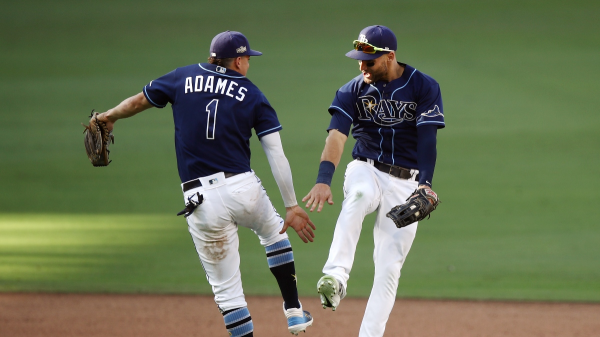 The world might be rooting against the Houston Astros after the scandal that came to light before the season started, but they’re not listening. Even after they fell behind 3 games to 1 against the Tampa Bay Rays, they showed some fight by grinding out a 4-3 win in Game 4 to stave off elimination. The question now becomes who is left to take the mound in another must-win game. Manager Dusty Baker did not name a starter for Game 5 after Zack Grienke posted a gutsy 6 inning performance on Wednesday night. His options are likely Chase De Jong or Luis Garcia. Meanwhile, the Rays are in the much more comfortable position up 3-1, but they too are without an obvious choice for a Game 5 starter. They’d like to hold ace Blake Snell for a potential Game 6, which leaves the team undecided for a starter on Thursday.

Due to the late ending of Game 4 and the undecided pitching matchup, no game lines have been posted for Game 5 at this time. Instead, we’ll look at the gambling angle from a different perspective.

The line we do have at the moment is the series line. The Astros are +900 to win the series with the Rays at -1667. Let’s be honest, the Rays are highly likely to take this series, not just because they’re up 3-1, but because they’ve been a rock-solid team throughout the postseason. They even danced with the Yankees in a deciding Game 5 that was tied into the 8th inning just last week and were able to come out on top. That speaks to the demeanor of the club. They did lose 5 in a row once in the regular season, but that was early on, and they’re not likely to lose 4 straight this week. That said, the -1667 line is really steep, so unless you have cash up to your knees, what’s the point? The Astros, on the other hand, are a battle-tested and talented group. They’ve collectively been through a lot this year with the whole world hating them and all they did 3 years ago. It might be worth it to toss a couple of dollars on a juicy +900 number just to see what happens. After all, it would be so very “Astros” to come back in this series against America’s wishes.

Play to Win the Game

The number you can still get which makes a lot of sense today is to bet the series making it to 6 games. At the moment, that number sits at +260, which seems like pretty good value considering what you’re getting. You get an Astros team that, outside their 3 game losing streak to open this series against the Rays, ripped through the American League playoffs by winning 5 of 6 games against high-level competition in the Twins and A’s. Their playoff experience runs deep and they won’t cower in the face of elimination, as proven by their Wednesday night win. Lay some lumber on the +260 for the series to make it to 6.

As much as has been made about Jose Altuve’s defensive mistakes in this series, his bat is alive. With 2 extra base-hits in Game 4, he now has 7 hits in the series. Because of his struggles and the suspicion around his role in the scandal a few years ago, Altuve has become an emotional rallying point for the team. Often, as he goes, they go. So with his hot bat, a 3 game win streak is not out of the realm of possibility.