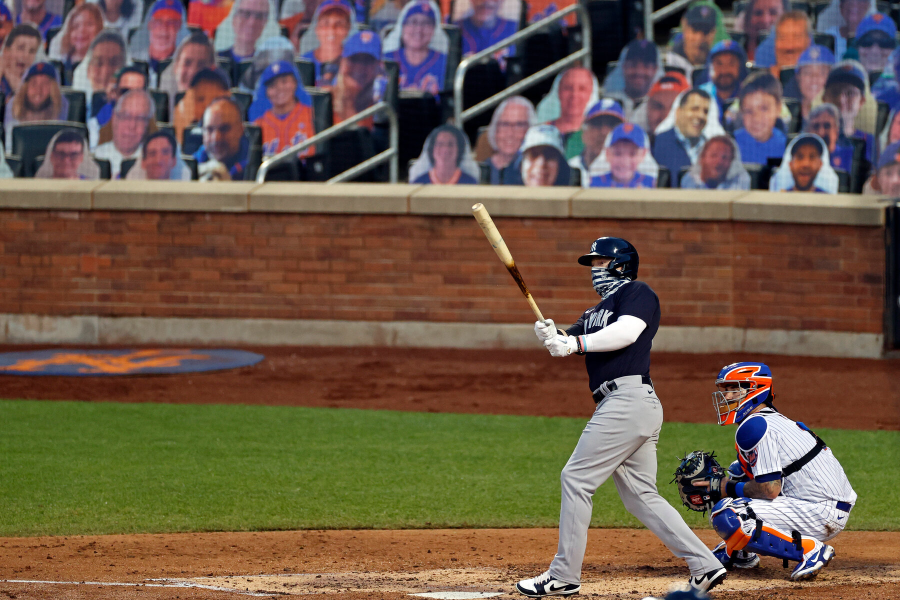 After this season’s previous attempt at a Subway Series was derailed by the coronavirus, the New York Yankees (16-11) will host the New York Mets (13-16) on Friday at 4:05 p.m. at Yankee Stadium in the first game of a seven-inning doubleheader. The game will be televised on MLB Network for those out of the New York City market and on SNY and YES Network for those in New York.

Injuries abound on both sides of this matchup, both in the starting rotations and in the batting orders. That means the line, which has yet to be posted on either FanDuel or DraftKings Sportsbook, could fluctuate right up until first pitch. There’s enough information available to us already to start making an informed decision, though.

The southpaw Montgomery will get the ball for the Yankees on Friday afternoon at the Stadium. So far this season, Montgomery has worked to a 4.66 ERA across four starts. His last outing was encouraging, allowing only one run in 3.2 innings before rain ended his evening.

Montgomery has an added benefit when facing the Mets, a team which features many of its best hitters batting from the left side against the lefty Montgomery. Brandon Nimmo, Michael Conforto, Jeff McNeil could all struggle to hit the same-sided Montgomery. Pete Alonso is among the only dangerous Mets’ hitters with a platoon advantage.

The Yankees’ bullpen has been bolstered recently by the return of Aroldis Chapman, and following an off day, NYY can go to the bullpen early if needed. Again, the bullpen has the lefty Chapman and lefty Zach Britton, which is a great platoon advantage against most of the Mets.

The Mets have yet to announce a starting pitcher for Friday’s game. Two of their options, Michael Wacha and David Peterson, threw bullpen sessions on Wednesday as they attempt to return from the Injured List. Due to time off, both would likely be limited in their pitch counts Friday before handing the ball to a less-than-stellar bullpen.

The Mets’ other option is to start things off with a bullpen day, likely with Seth Lugo opening, or to start a pitcher on short rest. None of those pitching options are all that appealing.

The Yankees feature one of baseball’s better lineups, and they just got Aaron Judge back from injury (although he did leave Wednesday night’s game with another injury, so who knows whether he’ll be available). Regardless, the Yankees have platoon options and depth to weather even another Judge injury – just because you don’t recognize names like Mike Tauchman or Gio Urshela doesn’t mean they won’t crush the ball against the Mets.

Does the doubleheader change things?

Sportsbooks will have adjusted lines and totals to account for the seven-inning nature of a 2020 doubleheader game, so that shouldn’t be a worry. The bigger thing to note heading up to first pitch will be if one team chooses to play a lesser lineup in game one, seemingly saving their stars for game two. If the Mets sit a bunch of their stud lefties against Montgomery or the Yankees opt to hold out Judge, Gary Sanchez, Gleyber Torres or Aaron Hicks for game two, that could swing the matchup.

Be sure to watch the lineups before first pitch Friday. They could call for a last-minute change of plans. But as long as nothing seems to be too out of the ordinary, the Yankees should be slight favorites at home and should be a good play anywhere up to giving two runs. If somehow the line moves to the Yankees giving more than two runs even in the shortened game, the Mets become an intriguing play, especially if they stack their lineup with right-handed bats to face Montgomery.