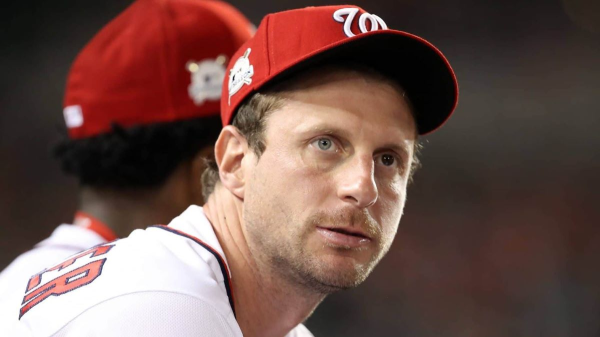 Just a few weeks ago, it felt like baseball was on track to be one of the first major sports to make its return. Now, with the league and the MLB Players Association significantly divided on the financials of the return-to-play plan, the season’s start feels anything but imminent.

After receiving MLB’s first proposal, which includes significant pay cuts to already prorated salaries, the MLBPA is expected to counter with a proposal of their own — one that includes more than 100 games and full prorated salaries for the 2020 season.

While health and safety concerns amid the coronavirus pandemic may still very well be one of the main concerns of the players, it appears everything is taking a back seat to the financial war being waged between the owners and players.

According to reports, players have been angered by the league’s proposal, which is said to be asking players to take around a 35% pay cut on top of the 50% prorated salary for playing an 82-game season rather than a 162-game season.

On Wednesday, Nationals pitcher Max Scherzer, who’s one of eight players on the MLBPA executive committee, said the union would remain committed to getting full prorated salaries.

“After discussing the latest developments with the rest of the players, there’s no need to engage with MLB in any further compensation reductions,” Scherzer said on a Twitter post. “We have previously negotiated a pay cut in the version of prorated salaries, and there’s no justification to accept a second pay cut based upon the current information the union has received.”

If the 2020 MLB season had begun on time and been played to completion, Angels star Mike Trout would be making $37.5 million. Once the prorated salaries, which were agreed to back in March, set in for an 82-game season, Trout was set to make roughly $19 million.

Under the league’s current proposal, Trout would receive less than $6 million for the 2020 Major League Baseball season.

And while baseball’s proposed sliding scale on wage cuts would hit the highest-paid players hardest, it would impact even the lowest-paid players. In the eyes of the MLBPA, that’s simply unacceptable.

The MLBPA is now expected to counter and use a longer schedule — reportedly more than 100 games — as a negotiation chip. In addition, the union is seeking full prorated salaries for the players.

The league has scoffed at playing more games, seeing the potential to miss lucrative television revenue from having to cancel the postseason due to a second wave of the coronavirus pandemic as a real threat.

Under the first and most recent proposal, Major League Baseball would return to the diamond in the middle of June for a brief training period before beginning the season over the 4th of July weekend.

At this stage, with the players and owners so far apart on the financials, those dates feel extremely ambitious.

Whenever Opening Day finally comes, which will almost certainly occur in empty stadiums, the Dodgers and Yankees will begin as the frontrunners to win the World Series. For now, both teams are sitting on odds of +380.

The Dodgers hold the biggest advantage when it comes to winning a league title. While the +165 Yankees hold a significant lead over the +370 Astros to win the American League, the +155 Dodgers are even bigger favorites over the +650 Braves to win the National League.