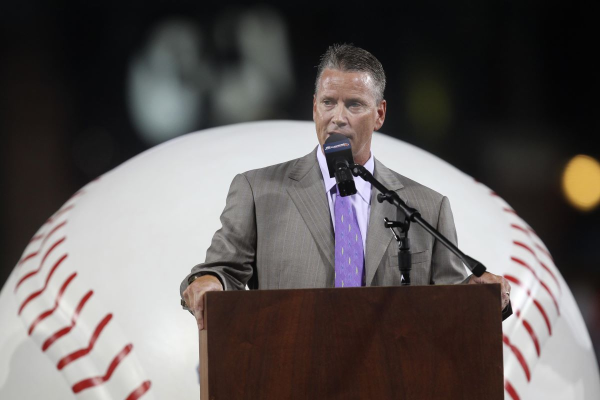 In the battle between players and ownership regarding Major League Baseball’s return to play amid the coronavirus pandemic, Tom Glavine is in a unique position to offer advice. As a players union representative during the 1994-95 strike, Glavine has been in a similar position to where players are now, and he has a word of warning.

“If it were to come down to an economic issue and that’s the reason baseball didn’t come back, you’re looking at a situation similar to the strike of ’94 and ’95 as far as fans are concerned,” Glavine said. “Even if players were 100% justified in what they were complaining about, they’re still going to look bad.”

The former Atlanta Braves pitcher is concerned that players will take the brunt of the blame for a canceled season if they continue expressing concern about their salaries as part of public negotiations.

Glavine noted that he had similar thoughts and approaches to speaking publicly during his generation’s fight with ownership.

“I just felt like if I did an interview on the radio or TV, if I had five or 10 minutes, I could make somebody understand what was going on and come to our side,” Glavine said. “That just wasn’t going to happen.”

Still, Glavine understands players’ health concerns as baseball seeks to return. “If I was playing today, I wouldn’t say, ‘Hell no, I’m not playing.’ But of course, I’d have a concern that once you step out that door and you go back into that world, there’s a chance you’re bringing something home to your family. It’s 100% fair for players, coaches, everybody to be concerned about that.”

While health concerns are certainly at the forefront of negotiations between players and MLB ownership, the financial disagreements between the two sides appear to be the larger sticking point at this stage of the proceedings.

After coming to an agreement in March that players would take a reduced salary based on the number of games played this season, ownership recently voted to introduce a 50-50 revenue split between players and ownership for this season only.

In response to the added financial development, players took to social media and elsewhere to voice their displeasure, some of whom used pay as their main reason for sitting out. That’s precisely what Glavine is warning players about, as the court of public opinion watches on.

According to reports, Major League Baseball has told players it will take a $4 billion loss even if a season is played, due in large part to the fact that fans won’t be in attendance. Now, ownership is trying to mitigate some of those losses by sharing the burden with players.

As players and owners negotiate terms of a return to the game, the MLB released a comprehensive plan regarding health and safety protocol. While that plan is a step in the right direction toward easing health concerns, it won’t solve the financials holding back an agreement.

Is Early-July Start a Possibility?

The latest plan for a return to professional baseball includes a mid-June “spring training” period that would be carried out in three phases. First, pitchers and catchers would report. Second, position players would report. Third, a limited number of exhibition games would be played.

After that preparation period, Major League Baseball is aiming for an Opening Day over the Fourth of July weekend.

While it’s certainly possible that the two sides can come together and find a middle ground in the near future, a mid-June “spring training” and early-July start seem like aggressive goals based on the space currently dividing the two parties.