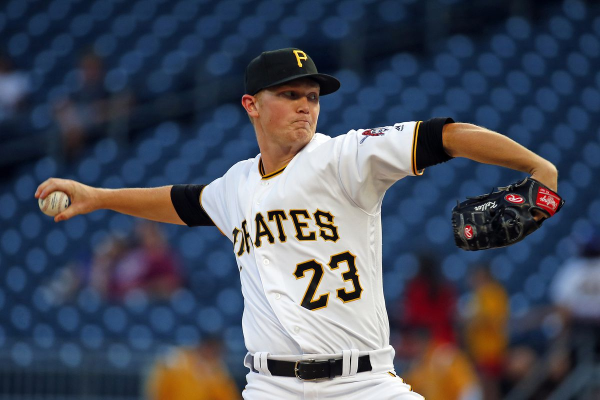 Saturday night will feature an NL Central battle as the Pittsburgh Pirates travel to Wrigley Field to take on the Chicago Cubs. This will be the second of a three-game series. First pitch for this one is scheduled for 8:15 pm ET.

In the first game of the series, Yu Darvish dealt, going six innings, allowing two hits and striking out seven en route to a win. Jason Kipnis homered in the win.

The win made the Cubs 5-2, and they sit in first place in the NL Central early on. On the other hand, the Pirates come into this one now 2-5 and tied for last with the Cincinnati Reds.

According to FanDuel, the money line for this one comes in at -154 for the Chicago Cubs while the Pittsburgh Pirates come in at +134.

Pirates Look To Find A Win

The Pittsburgh Pirates came into the season knowing they would probably be more focused on rebuilding than contending, but they are hoping to at least make a respectable showing this season. After getting off to such a sluggish start, they will need to turn things around if they want to seem competitive at all.

His first start this year was certainly an encouraging sign, though. In a 5-1 victory over the St. Louis Cardinals, Keller went five innings, allowing two hits, 1 earned run and struck out 2. He did have some issues with command as he walked three but still showed that he had the stuff to be successful with the big club.

Offensively, third baseman Colin Moran has been on a bit of a tear early in the season. In his first seven games, Moran went 7 for 23 with three home runs, four runs batted in, and six runs scored. For a team lacking firepower offensively, Moran has been a bright spot early on.

Especially with the Milwaukee and St. Louis game getting postponed on Friday, the Cubs were able to put some separation between them and the rest of the NL Central with their win over the Pirates. They will look to continue the trend and guarantee a series win by taking care of the Pirates on Saturday, too.

To do so, they will be turning to Tyler Chatwood on the mound. In his last start, Chatwood was solid during a 9-1 victory over the Milwaukee Brewers. He went six innings, allowing three hits, one earned run, two walks, and eight strikeouts. The walks have been his issue in the past, so if he can reign it in, he has the stuff to be solid.

Additionally, Nico Hoerner has gotten off to a solid start. In his first five games, he has gone 7 for 18 with five runs batted in and four runs scored.

Taking The Underdog In This One

This one is going to boil down to Cubs’ pitcher Tyler Chatwood for me. Is he the Chatwood that went 4-6 with a 5.3 ERA as a starter two years ago, or more like the reliever last year that went 5-3 with a 3.76 ERA. He has always had the stuff, but being consistent throughout a season that has been the problem.

His history of inconsistency has me willing to take the gamble with a money line of +134. I feel like the odds are good enough, as is Mitch Keller, to make a bet on the Pirates to pull one out in this series. For my money, take Pittsburgh +148.