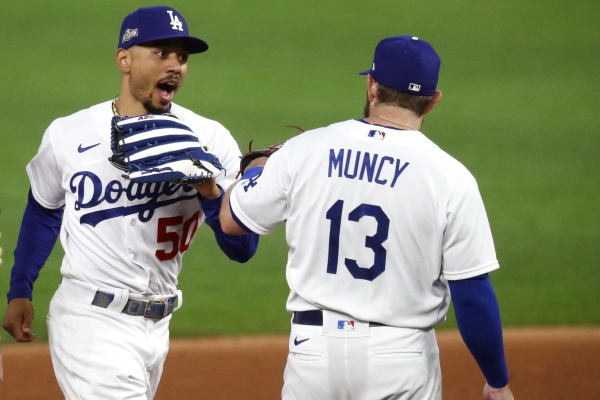 All year long the Padres saw themselves as THE team that could take down the Dodgers. They wanted a shot at the National League favorites in the postseason. Well, now they’re getting that shot, but they may no longer have the horses to handle it. The Dodgers are already up 1-0 in the series after winning game 1 by the final of 5-1. Injured Padres ace Mike Clevinger gave it a go, but barely threw more than 1 inning. Dinelson Lamet, their next best starter, is also hurt and not even on the roster for the series. So that leaves a gaping hole in the starting rotation for the Friars. Combine that with a 1-0 deficit and a date with Clayton Kershaw in game 2 and the prospects are daunting.

Due to the uncertainty surrounding the Padres pitching staff, no starting pitcher has been named and, therefore, no lines are available at this time. The expectation in league circles is that Zach Davies will be the pick for the Pads. Expect the Dodgers to be the favorite with they’re money line number likely to be around -160. You might be able to get the Padres on the run line at a number around +130. Remember, these are total estimates at this hour. Refer to draftkings.com or fanduel.com for updated lines when they finally post.

When you think of the Padres, the mind immediately goes to Fernando Tatis Jr and Manny Machado. The right handed power duo both played at an MVP level this year, so you’d think the Padres were set up to handle a left handed starter, but that’s not the case. The team is markedly better against righties, with an OPS 54 points lower when a southpaw is on the hill. Also, the Dodgers aren’t just throwing any old lefty out there. They just happen to be starting the best left handed pitcher of the era in Kershaw. True, Kershaw has had his high profile struggles in the postseason, but those have mostly come in later rounds and he’s coming off a dominant performance with 13 strikeouts in 8 innings against the Brewers.

Stuck in the Middle

Here’s more bad news for the Padres. My guess for their not yet named starter is Zach Davies, and while he has good career numbers against most of the Dodgers, he does not have great numbers against the key Dodgers. The middle of the order could provide fireworks. Cody Bellinger has a .357 career average against Davies. Justin Turner boasts a clip of .350. Davies has had his way with Mookie Betts, but that’s a small sample of only 6 at bats.

One thing to consider is that the Padres play on raw emotion. We saw it in round 1 after they lost game 1 to the Cardinals. They rallied in Game 2 with a furious comeback from a 6-1 deficit with 5 home runs in the game and an epic bat flip celebration from Tatis. They’re young and they feed on the roller coaster. That could set them up for success in this game because their backs are up against the wall again. That said, the Dodgers are a sharks smelling blood with all the San Diego pitching injuries. With much still not known on the Padres plans, it’s hard not to like the Dodgers in this game. I’ll take the Dodgers to win a close one with the Padres on the run line being a value play. Side note, if the Padres choose to start Chris Paddack, run to your account to take LA on the run line as he has been struggling.