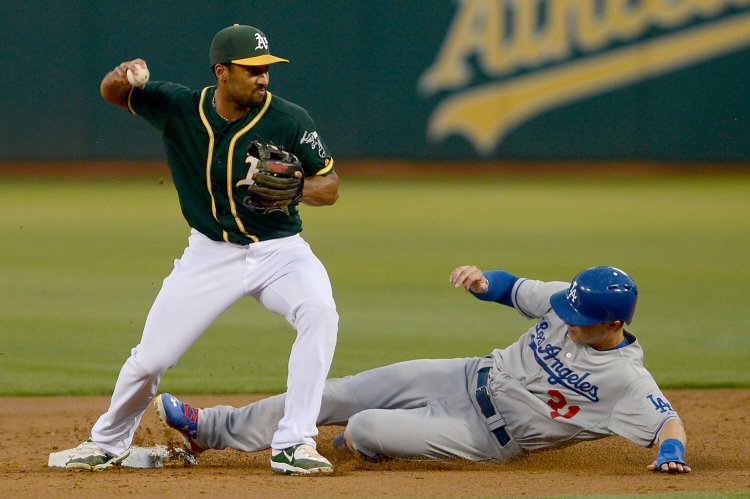 The Oakland A’s will be traveling to Los Angeles to start off a series against their in state opponent, the Los Angeles Dodgers. The game is scheduled to begin at 6:30 p.m. PT.

Both teams have played well this season, the A’s are 33-20 and the Dodgers are 38-16. The A’s will be coming in fresh off their division championship title in the American League West that they claimed Monday. Look for both teams to be preparing for play in the postseason, looking to get their bats, fielding, and pitching right.

The Dodgers have fared better this year in terms of batting average when they are facing a right handed pitcher, batting .260 as opposed to .242 against lefties. Their bats have also been hottest in the month of September, batting .265. In their last 10 games, the Dodgers are 6-4; having won series against the Colorado Rockies and San Diego Padres and splitting another with the Houston Astros. Right Fielder Mookie Betts leads the Dodgers offensive attack with 16 home runs and 39 RBI’s. He will be more than determined to see his team compete against a great matchup like the A’s.

The A’s are batting .229 the month of September and .228 against right handed pitchers. First baseman Matt Olson leads the A’s with 14 home runs and 42 RBI’s and they have won 5 of their last 10. The A’s lost badly in their last outing versus the San Francisco Giants though, the score was 14-2. They’ll surely want to clean up their defense and will very likely have many opportunities to do so against the Dodgers stacked lineup. Look for the A’s to bounce back as this is not the type of ball they want to be playing.

This series could go either way, both teams are looking to ride into the playoffs hot. Both teams are sitting at the top of their divisions as well, stacked with players who have been performing. By letting off the gas, these teams could accidentally slip into a slump so it will be important for them to compete as if they’re still looking to make the postseason. The Dodgers have performed better than the A’s have this year overall and have a lot of offensive firepower, if you are on the fence about who to bet on, you must keep this in mind. They lead the MLB in home runs and have a great record when playing at home, 16-8. while the A’s are only 14-12 on the road this season. The A’s also average an entire run less per game on average than the Dodger’s 5.8, and they’re trailing in nearly every other category as well; batting average, hits per game, home runs per game, and on-base percentage. The Dodgers have been hotter overall recently, they have 24 runs in just the past 3 games alone and they also have the better starter between the two teams so until it becomes a bullpen battle between the two, the Dodgers have performed better in nearly every category.

This is why the Dodgers are the favorite and team that we believe will come out on top in Game 1.

One thing to consider though is the heart and determination of the A’s if you are leaning on choosing them, they surely want to prove they can hang with the Dodgers but will they have enough firepower?

Be sure to tune in as this will be a great one to watch.

Here are the game lines below for Game 1 of the series: