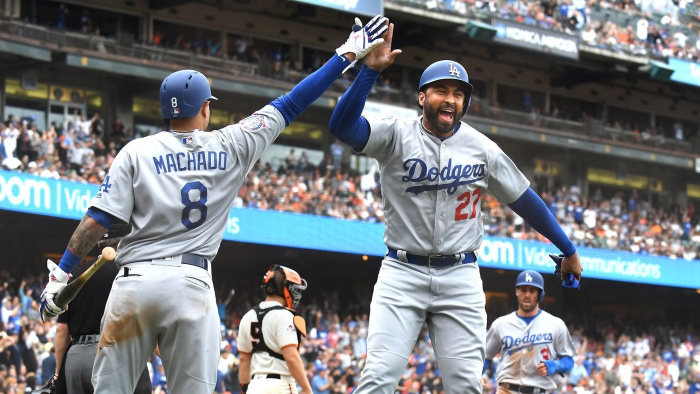 Oakland and Los Angeles have been two of the strongest teams all season. That was no surprise for the Dodgers, who are loaded, while Oakland has taken advantage of Houston’s struggles to take the AL West. The Dodgers have been pushed by San Diego a lot in the season, but in the end, it’s hard to see any team other than the Dodgers back in the World Series representing the National League. Anything less will be a disappointment, but one thing’s for sure; this could definitely be a World Series Preview.

These are two of the best teams in the league. What stands out to me is Oakland at +140, because you just don’t get them at that price very often. The same could be said about the Dodgers too, as they are often -200 favourites (or higher). Juio Urias has been good for L.A. this season, however, you can get to him if you are aggressive early. Oakland is not hitting the way they have wanted this season, but they do have a powerful lineup. With Manaea, on the other hand, I like what I am seeing right now, as he doesn’t let anybody walk, especially highlighted by the fact that he’s only given 7 free passes all season. He has been getting better as the season continues to progress, and with a little luck he can peak for the A’s in the playoffs. You just can’t ignore the value he brings to Oakland. If you are going to beat the bookies you have to make some bets that pay off bigger than -110. Urias is good, but he is beatable.

There is no data to push you one way or the other with Manaea’s splits, however, the over is 7-1 in Urias starts this season. Undoubtedly some of that is supported by the Dodgers being one of the best offenses all season long. It is also supported by Urias only averaging five innings per start. That leaves almost half the game to handicap after he has left the game. In this one we are looking at teams that are second (Oakland) and fourth (L.A.) in bulpen WAR though. If they are treating this one like a playoff tilt then we should see a stream of strong relief options on both sides. When you pair that with strong outings from the starter the under looks like the way to play this one, even though both offenses can be explosive. Playing against tendencies for Urias games but the situation feels right.

Tonight, two pitchers whose records could use a little polishing match up as the St. Louis Cardinals welcome the Miami Marlins to Busch Stadium to open a three-game series. Cardinals hurler Adam Wainwright has not picked up a win since May 20, while Pablo Lopez’s win in his most recent start last week was his END_OF_DOCUMENT_TOKEN_TO_BE_REPLACED