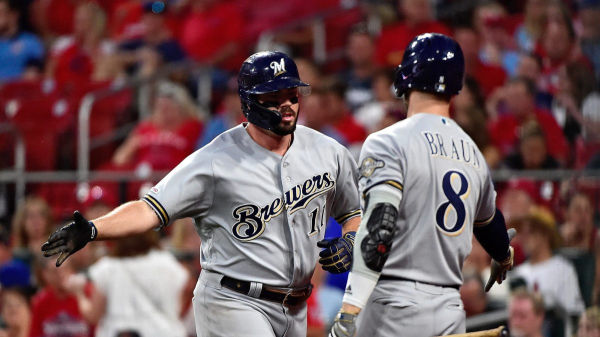 With the regular season coming to a close on Sunday, it is now time for the playoffs which means a pair of win-or-go-home Wild Card games starting on Tuesday. On Tuesday, the National League gets its turn as the Milwaukee Brewers (89-73) travel to Nationals Park to take on the Washington Nationals (93-69).

Both of these teams caught fire in the month of September. At one point, the Brewers had won 18 of 20 games before losing three in a row to end the season against the Colorado Rockies. The Nationals finished the season by winning eight in a row and 10 of their last 11.

The moneyline for this matchup features the Milwaukee Brewers at +160 and the Washington Nationals at -180. The over/under in terms of runs scored is set at 7.5.

On the offensive side, it is Washington who holds the advantage. On the season, the Nationals ranked sixth in the majors, averaging 5.39 runs per game (5.59 at home). The Brewers were 15th, averaging 4.75 runs (4.70 on the road).

If you look up resiliency in the dictionary, it very well may show a picture of the 2019 Brewers. The best player on the team goes down in Christian Yelich for the season, and they rally to win a Wild Card spot. The pitching staff (starters and bullpen) took a step back this season, but they still won 89 games. Now, they are hoping they can get past the fact that Lorenzo Cain is questionable for this one, and Ryan Braun is hobbled. While it may be too big of odds to overcome, the Brewers are the one team that just might be able to do it.

Woodruff has also spent a lot of time on the injured list this season and isn’t likely to go deep in this one. In fact, the belief is that it will be an “all hands on deck” type game where everyone may be turned to, particularly pitchers like Drew Pomeranz and Josh Hader.

While the Brewers are looking at an all hands on deck approach, the Nationals would love to ride their horse deep into this game. Max Scherzer will take the ball, and the perennial Cy Young candidate will be looking to be sharp and push his team into a series with the Dodgers.

If that isn’t enough for you, they may turn in a pinch to fellow aces Stephen Strasburg and Patrick Corbin. Throw on top of that Sean Doolittle and the rest of the bullpen, and the Nationals will feature a vaunted pitching staff in this one.

On the offensive side, Trea Turner comes into this one having hit well over the course of the last month. In the last 30 days, he is hitting .308/.341/.547 with six home runs, 13 runs batted in and 24 runs scored. He has also stolen six bases in that time.

The most dynamic offensive player, though, has been third baseman Anthony Rendon. On the season, he is hitting .319/.412/.598 with 34 home runs, 126 runs batted in and 117 runs scored. With an offense anchored by these two and the pitching staff doing their thing, the Nationals could be very tough to beat.

It is amazing what a week can do to change one’s opinion. If you had talked to me a week ago, I would probably have put my money on the Brewers, particularly at +160; however, between Yelich out, Cain and Braun iffy, having lost three in a row to finish the season and the Nationals streaking, it might be too much for the Brewers to overcome.

If anyone is able to do overcome the odds, it might be Milwaukee, but with a trio of aces in Scherzer, Strasburg and Corbin available for the Nationals, it might be a long night for hitters for Milwaukee. Throw on top of that the fact that the Nationals have been 50-31 at home versus Milwaukee’s 40-41 mark on the road, and I like Washington. For my money, I am taking the Nationals despite the -180 moneyline.