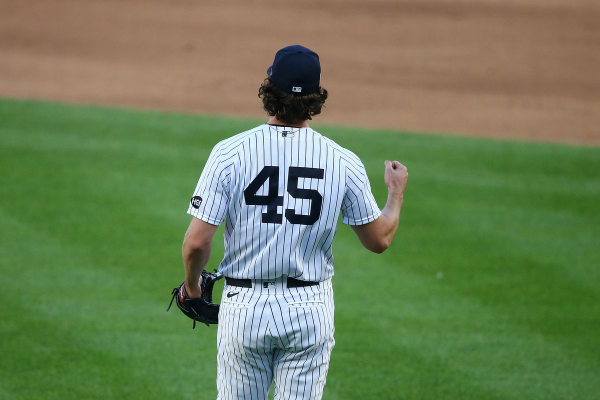 After an intense Wild Card series, MLB playoffs are now down to eight teams as the Divisional Series is set to begin. In the American League, one of those series will pit two AL East teams against one another as the New York Yankees and Tampa Bay Rays will square off from the neutral site of Petco Park in San Diego. Game 1 of the series will commence on Monday with first pitch scheduled for 8:07 pm ET.

Both of these teams had relatively easy times in the Wild Card series as the Yankees swept the Cleveland Indians in two games (12-3 and 10-9) while the Rays swept the Toronto Blue Jays (3-1 and 8-2).

During the regular season, these two teams finished 1-2 in the American League East. The Rays finished atop the rankings with a record of 40-20, while the Yankees came in second at 33-27.

Game 1 of the series should feature an excellent pitcher’s duel. The Yankees will send their big acquisition from offseason, Gerrit Cole (7-3, 2.84 ERA), to the mound to take on the Rays’ Blake Snell (4-2, 3.24 ERA).

According to Fanduel, the Rays are the underdogs in this one despite being the higher seed. Their moneyline is +114, and the spread comes in Rays +1.5. The Yankees sit at -132 to win Game 1. The over/under for the game in terms of total runs sits at 7.5.

The Yankees are also the favorites to win the series. They are -128 to beat the Rays in the ALDS while the Rays are +108.

Offensively, the New York Yankees have been one of the best teams in baseball at scoring runs this season. They rank 4th overall in runs scored per game at 5.44. The Rays come in 12th averaging 4.84 runs per game.

Defensively, it is the Rays who hold the advantage. They rank 4th in runs allowed per game at just 3.74. This is partly due to a fantastic earned run average as their pitching staff ranks 2nd with a 3.50 ERA. The Yankees come in 14th overall in runs allowed at 4.55 and rank 15th in ERA at 4.41.

Yankees’ manager Aaron Boone had one of the easiest decisions in the world as he chose righty Gerrit Cole to be his Game 1 starter. Not only has he been stellar this season, but he has a track record of being solid in the postseason.

Throughout his career, Cole has made 11 starts in the postseason and is 7-4 with a 2.60 ERA, 0.87 WHIP and has struck out 91 in 72.2 innings pitched. The Yankees are hoping that he can continue that trend on Monday.

Throw in the likes of Luke Voit, Aaron Judge, and DJ LeMahieu, and it is an unenviable task to have to take on this lineup.

Unlike the Yankees, the Tampa Bay Rays don’t have the big thumpers throughout the lineup. They are going to have to rely on their pitching to get the job done. In Game 1, the Rays will turn to Blake Snell.

Offensively, the Rays were able to find production throughout their lineup in the opening series. Hunter Renfroe, Manuel Margot and Mike Zunino all homered while Randy Arozarena went 4-for-8 with two doubles and a triple.

Throughout the regular season, their most consistent hitter was Brandon Lowe, but he went just 2-for-8 in the opening round. Regardless, the Rays will have to capitalize when they can against a really tough Gerrit Cole.

Hard To Bet Against The Yankees

As a whole, the Tampa Bay Rays’ pitching is superior to that of the Yankees, but not for Game 1. While Blake Snell is capable of putting together a brilliant performance, Cole is the more consistent and dominant starter.

The Yankees’ offense is deeper and more potent than the Rays, and I think the smart money is for the Yankees to take Game 1 of this series.