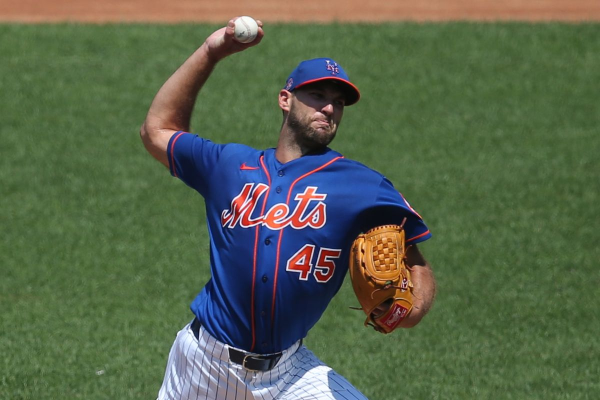 With everything that has gone on in 2020, it was amazing to see baseball back on the television, even if the atmosphere seemed a little off due to no fans. Still, baseball enters its first full week, and with such an abbreviated season, teams will need to buckle down as postseason hopes can dwindle fast with a bad start.

As part of the 60-game agreement, teams will face their division for 40 games while the other 20 will come in the form of interleague games against the corresponding geographical division. One interleague set that should be particularly interesting is the AL East versus the NL East as both divisions are stacked with contenders. Two of those contenders are set to face off Monday as the New York Mets (1-1) travel to Fenway Park to take on the Boston Red Sox (1-2).

For Monday’s game, the Mets will send veteran righty Michael Wacha to the mound. At the time of this writing, the Boston Red Sox still have not announced who their starter will be opposite the Mets.

Mets Looking To Veteran Wacha To Kick Off Series

The New York Mets did a nice job this offseason in terms of bringing in veteran arms to help give depth to their starting rotation. On Monday, one of those arms will take the mound as Michael Wacha is set to get the start.

On the offensive side, it is easy to forget how good Yoenis Cespedes can be. In the first two games of the season, Cespedes went 2 for 7 but hit a moonshot of a home run opening night, the lone run scored in a 1-0 Mets win over the Atlanta Braves.

Speaking of power, the Mets are hoping that first baseman Pete Alonso can avoid a sophomore slump this season. Last year, he hit .260/.358/.583 with 53 home runs, 120 runs batted in, and 103 runs scored en route to an N.L Rookie of the Year award.

Red Sox Looking To Keep Up With Division Foes

With the New York Yankees and Tampa Bay Rays in the division, the Boston Red Sox know that they have no room for error and need to capitalize on every win they can get. After starting the weekend 1-2, they will look to get the series started off against the Mets with a win.

Offensively, the Red Sox took a huge step backward when they traded Mookie Betts over the offseason, but they still have talent on their roster. Shortstop Xander Bogaerts is a youngster on the brink of superstardom. Last season, he hit .309/.384/.555 with 33 home runs, 117 runs batted in, and 110 runs scored and is looking to build off of that this season.

One area that the Red Sox have to be concerned about this season is in their starting rotation. Nathan Eovaldi is reliable, but there is just a lot of uncertainty behind him. Monday, the Red Sox will likely use an opener, who will pitch an inning or two, but even in the starters they do have, there is just not a lot to be confident about.

Taking the Mets on the Road

I can’t say that I love the Mets, but I really don’t like the Red Sox. They have some talent on the offensive side, but their pitching seems like it is a nightmare right now, and the Mets’ offense is good enough to make them pay for it. For my money, in a heads up matchup, I am taking the Mets in this one.