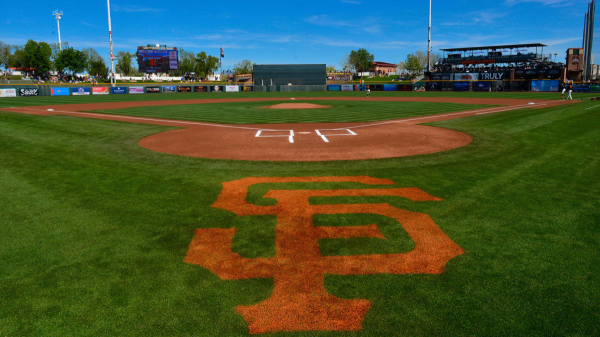 As Major League Baseball copes with the spread of the coronavirus, the home openers of the Dodgers, Padres, and Athletics are now in jeopardy following California’s recommendation for a statewide limit on large gatherings.

According to reports, the MLB has been strongly urging teams to develop contingency plans for at least two weeks in the wake of the disease. Now, it appears several series will have to be moved if the MLB will avoid the postponement or cancellation of Opening Day games.

For now, the focus remains on California teams after the state’s recent decree. “Large gatherings that include 250 people or more should be postponed or canceled,” according to the California Department of Public Health.

The decree states that these precautions should be taken into consideration through at least the month of March. The Dodgers are scheduled to host the Giants and Rockies through the opening stretch of the season, which kicks off in late March.

While Oakland is set to face off against Minnesota and Houston to conclude this month, San Diego is scheduled to play the Rockies and Braves.

As of right now, any game to be played in California in March is now unlikely to occur in its current iteration. Furthermore, additional action taken by MLB could impact the start of the regular season around the league.

Following the positive coronavirus test of Utah Jazz center Rudy Gobert, the NBA has decided to suspend its regular season for the foreseeable future. The NHL has stated it will announce its immediate plans after a league meeting on Thursday.

Now, it appears Major League Baseball could be the next major sports league to face league-wide suspension or postponement.

According to reports, MLB is expected to face heavy pressure to push back Opening Day in light of the most recent coronavirus outbreak. As the list of players testing positive for the coronavirus continues to grow throughout the sports world, baseball will aim to avoid the disease’s infiltration.

In addition to Gobert, Jazz teammate Donovan Mitchell, Juventus defender Daniele Rugani, and more players in the realm of athletics have contracted the coronavirus.

The latest news to break is the suspension of all men’s professional tennis tournaments for six weeks by the ATP.

These recent developments further call into question the start of the MLB season, which is now just two weeks away.

As other leagues push toward caution in light of the disease’s spread, there’s a growing likelihood that Major League Baseball will be forced to follow suit and delay the beginning of play.

While the entirety of baseball fandom will be eager for the sport to get underway, fans of the Dodgers and Yankees may have an added excitement for the season ahead.

According to the odds, the Los Angeles Dodgers and New York Yankees are currently the favorites to win the World Series. With odds of +380, the Dodgers are slightly ahead of the Yankees, who own odds of +390.

Of course, it’s currently unclear how any suspension or postponement of the start of the MLB season could impact the number of games played or the odds of winning a World Series. We’ll have to wait and see how the league will handle the opening of the 2020 season.

As the virus continues to spread, expect more delays within the world of sports.