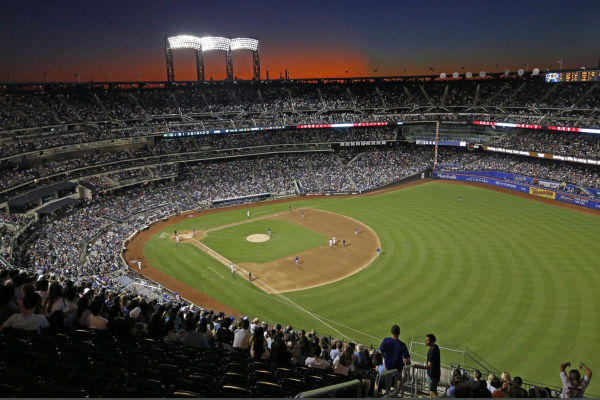 Major League Baseball and the MLBPA appear to have finally arrived at a stalemate after the league rejected the players’ proposal while telling the union it does not plan to make a counterproposal.

The biggest sticking points between the two sides revolve around pay and season length.

In the league’s first proposal, an 82-game regular-season schedule would run until Sept. 27, allowing for October playoffs and a return to the traditional baseball schedule. Within that proposal, players would take significant pay cuts on top of their already-negotiated prorated salaries.

The players then made a proposal of their own, which includes a 114-game schedule that would run from June 30 to Oct. 31. Under the players’ proposal, prorated salaries would be paid in full.

As far as length is concerned, the league is highly unlikely to extend beyond its original mark of 82 games. According to reports, ownership and league officials are concerned about the potential for a second wave of the coronavirus to jeopardize the postseason and nearly $800 million in revenue that comes with it.

That March agreement called for good faith negotiations should the baseball season be forced to start in empty stadiums—something that cuts deep into owners’ pockets—but players are holding firm in their refusal to take further pay cuts.

Amid the back and forth between owners and the league, rumors began floating about Major League Baseball’s potential plan for a 50-game regular season that would include full prorated salaries.

However, no such plan has been made official, and no proposal is currently being offered on the part of the league.

According to reports, players would be highly unlikely to go for any such plan. Regarding a 50-game schedule, one player said, “We want to play more games, and they want to play less. We want more baseball.”

The union’s proposal would more than double the salary pool proposed by the owners. Under the players’ plan, every player would receive approximately 70% of his original salary number, creating a total salary number of $2.8 billion.

At this point, it’s currently unclear which side will make the next move to push Major League Baseball closer to a return.

Should baseball find a way back toward the 2020 season, a pair of familiar heavyweights will serve as favorites to win the World Series.

Both the Yankees and Dodgers own MLB-leading odds of +380 to win it all, and both are led by frontrunners to lead the league in some fashion.

For New York, newly acquired ace Gerrit Cole figures to continue his domination from the mound. With odds of +280, he’s heavily favored to win the AL Cy Young Award over +800 Justin Verlander. And with odds of +210, Cole is favored over +550 Max Scherzer to lead the league in strikeouts.

Los Angeles has a newly-acquired star of its own that’s set to lead them to postseason glory. To win National League MVP, Mookie Betts is level with Christian Yelich as frontrunners for the award at +700.

Tonight, two pitchers whose records could use a little polishing match up as the St. Louis Cardinals welcome the Miami Marlins to Busch Stadium to open a three-game series. Cardinals hurler Adam Wainwright has not picked up a win since May 20, while Pablo Lopez’s win in his most recent start last week was his END_OF_DOCUMENT_TOKEN_TO_BE_REPLACED