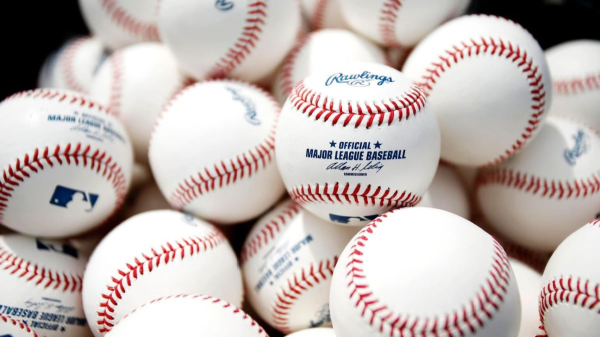 Every day that passes without a return-to-play agreement between Major League Baseball and the players is another day closer to no baseball season. In an effort to avoid that conclusion, the league sent over its latest proposal on Monday.

As does every deal, the owners’ proposal includes some intricacies as it relates to player wages. The economic package included in the new 76-game proposal would include less guaranteed money but a higher potential salary than the league’s last plan.

According to the proposal, players would receive up to 75% of their prorated salaries over 76 games. The total wages to be paid by the league under this plan would reach $1.4 billion, but only if the playoffs are played, as $443 million of that $1.4 billion is tied to the postseason.

Determined to receive full prorated salaries, players were quick to offer their displeasure with the league’s new proposal. That reception is likely to push MLB toward an idea that’s been gaining momentum among owners: a 48-game season.

The shortening of the upcoming season is preferred by the league for a couple of reasons.

First, the owners are set to lose money by playing games without fans in attendance, so the shorter, the better. Second, fear of a second wave of the coronavirus potentially wiping out postseason revenue is encouraging the league to push for a late-September conclusion to the regular season.

The back-and-forth between the league and players now figures to continue. Major League Baseball has now proposed an 82-game season and a 76-game season, both of which include pay cuts on top of prorated salaries.

The players offered a plan in which a 114-game schedule would be played on full prorated salaries. The MLBPA proposal also included a 14-team playoff field for this and next season.

In the owners’ most recent proposal, each league could have up to eight teams reach the postseason.

Although the players were quick to scoff at the league’s most recent proposal, they’re yet to fire back with a counter of their own. MLBPA executive director Tony Clark says he’s waiting for a consensus from the players before sending their next offer to the owners.

However, Clark shed some light on what to expect in the deal. Clark acknowledged the fact that a 114-game schedule isn’t a possibility for the 2020 season, so we can expect fewer games to be included in the next iteration of the players’ proposal.

The league asked to receive an official response to their latest plan by Wednesday. It’s unclear if the players will be offering their new plan at that time.

At this point, both sides have passed the June 1 deadline for an agreement that would have allowed baseball to return over the 4th of July weekend.

The Seven Teams With No Shot

It’s been heavily documented that the Dodgers and Yankees would be favorites for the 2020 season. Powered by the offseason acquisitions of Mookie Betts (Los Angeles) and Gerrit Cole (New York), both teams share odds of +380 to win it all.

But rather than focusing on the favorites, let’s take a look at the list of seven teams the odds say don’t have a chance of winning the title.

The majority of teams have odds of +8500 or better, ending with the Rangers. After Texas, the Blue Jays (+10000) and Rockies (+22000) are longshots, but they don’t quite make the list of teams without any shot at all.

That label is reserved for the group of seven teams holding odds of +50000 to win the World Series: