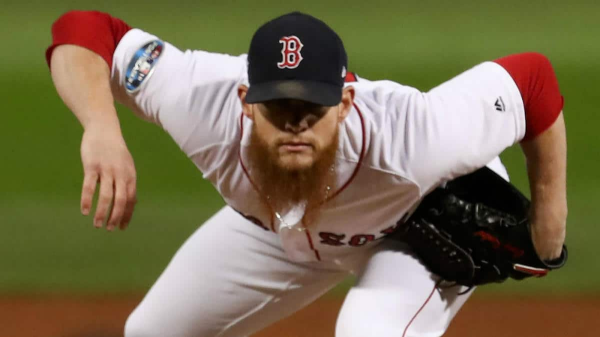 It’s been a crazy week in major league baseball. We saw the draft earlier in the week, several key injuries, a meaningful trade, and a couple of major free agent signings. Let’s catch up on everything to make sure you didn’t miss anything.

It took a while, but Craig Kimbrel finally has a new home, and it’s with the Chicago Cubs. With Kimbrel no longer tied to draft-pick compensation, the Cubs moved rather quickly and beat out a few other suitors to sign Kimbrel to a three-year, $43 million deal. It may be a couple of more weeks until Kimbrel actually pitches for the Cubs, but he has a chance to transform a Chicago bullpen that has been without would-be closer Brandon Morrow all season due to elbow trouble.

A day after Kimbrel’s free agent saga ended, Dallas Keuchel agreed to a one-year deal with the Atlanta Braves. The lefty will make $13 million for the rest of the season, which is prorated based on $21.21 million. He’s expected to make a start in triple-A on Saturday and could potentially be ready to join the Braves after that. With the Braves having such a young rotation, Keuchel could be a strong influence and steady presence. He’s also a potential difference maker with Atlanta trailing the Phillies by two games in the NL East.

In the span of just a couple of days, the Phillies added to their roster, only to have a big piece taken away. Outfielder Andrew McCutchen saw his season come to an end after tearing his ACL in a rundown earlier this week. McCutchen has been huge in his first season in Philadelphia, especially after moving to center field to accommodate the absence of Odubel Herrera, who remains on administrative leave following an arrest for domestic violence. Herrera’s leave has been extended to June 17, which is the day of his arraignment.

Right before McCutchen’s injury, the Phillies pulled off a trade with the Mariners for outfielder Jay Bruce. Despite a low average, Bruce has hit for plenty of power this season, hitting 14 home runs with Seattle and three long balls in his first 11 at-bats since the trade. He will fill the void in left field for the Phillies. However, center field could be a problem area while they wait for Herrera’s situation to work itself out and Roman Quinn to return from injury. Of course, both have underwhelmed offensively this year, so the Phillies could again be in the market for an outfielder later this summer.

The Cleveland Indians lost another piece of the puzzle this week, putting Carlos Carrasco on the IL because of a blood condition. The team didn’t go into detail about the exact medical issue, but Carrasco will not partake in any baseball activities while he recovers. Of course, the Indians are still without Mike Clevinger and Corey Kluber, who are also on the IL, so losing Carrasco is another big blow. The Indians haven’t put a timeline in his return, but they appear confident that he will return this season.

The Yankees have been unfairly hit with a series of injuries this season, but on Friday, they’ll get shortstop Didi Gregorius back a little sooner than expected. Gregorius hurt his elbow during the postseason last year but played through the injury for the rest of the team’s playoff run. He ultimately underwent Tommy John surgery and was expected to miss the first half of the 2019 season. However, Gregorius is ahead of schedule and ready to rejoin the Yankees more than a month before the all-star break. The Yankees probably won’t play him every day right off the bat, but he’ll immediately improve New York’s infield depth, allowing Gleyber Torres to move back to second base most days and DJ LeMahieu to be more of a roving backup infielder.

In the 32nd round of this year’s draft, the Toronto Blue Jays selected Braden Halladay, the son of late two-time Cy Young winner Roy Halladay. During his 12 seasons with the Blue Jays, Halladay wore the number 32, and so the club decided to use their 32nd-round pick on his son. Braden intends to play college baseball at Penn State, which the Blue Jays knew before drafting him.