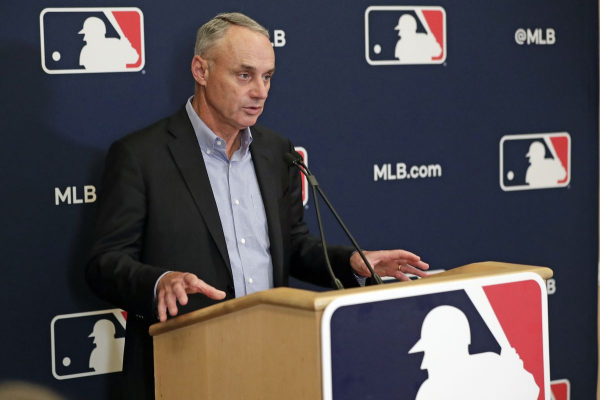 We could soon be looking at a very different sort of October baseball. According to reports, Major League Baseball is considering a change to its postseason system that would increase the number of playoff teams from 10 to 14.

According to reports, this change could take effect as early as 2022.

But that’s not even the most interesting part of this proposed plan.

The three first-round matchups would no longer be predetermined by record. Instead, the higher seeds would choose their matchups on live television.

The final series of the opening round would have the Wild Card with the best record facing off against the last remaining Wild Card.

Benefits Versus Drawbacks of Proposed System

Just like the expansion to two Wild Card teams, this new proposal is already receiving some backlash from players and fans. Reds pitcher Trevor Bauer was one such voice.

“Your proposal is absurd for too many reasons to type on Twitter and proves you have absolutely no clue about baseball,” Bauer said of MLB commissioner Rob Manfred. “You’re a joke.”

For example, MLB would gain valuable TV rights money from the expanded playoffs. That would help teams and players, who would get a piece of that pie.

However, this new playoff system comes off as a money grab by Manfred and the top management of MLB.

Part of the integrity of a sport has always come from the fact that a playoff series is determined or earned by what a team has accomplished. In this format, choosing your opponent in the first round feels like a departure from that tradition.

As the baseball purists would tell you, this feels more like reality TV than baseball.

There are a few different ways to discuss gambling under this new playoff system that could begin as early as 2022.

First of all, more playoff series and games equals more gambling. That’s something that would appeal to just about everyone.

Futures would also be affected throughout the year based on the fact that more teams would have a chance of sneaking into the postseason. And as we’ve seen from a team like the Nationals, you don’t have to be a division winner to claim a World Series title.

So, you would expect fewer longshots and/or a tighter spread of teams in the top third of baseball.

Whether you like this proposed playoff system or not, there’s no denying it would have wide-sweeping changes to the game itself.