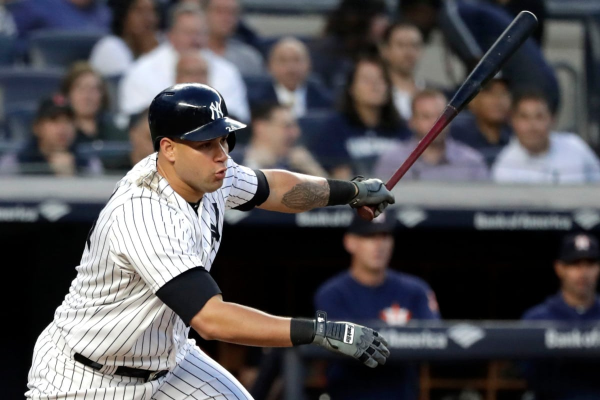 Monday features a battle of AL East rivals when the Tampa Bay Rays (43-28) and the New York Yankees (43-27) do battle at Yankee Stadium in the first of a three-game series. These two teams are separated by just a half-game at the top of the division, and this series could give a bit of breathing room for either team if they are able to sweep. In the opener, the Rays will turn to Yonny Chirinos (7-2, 2.88 ERA) to square off with the Yankees’ Masahiro Tanaka (4-5, 3.58 ERA). First pitch for this one is scheduled for 7:05 pm ET.

At the time of this writing, the moneyline had not been posted for this matchup.

On the offensive side, the Yankees certainly have the edge in this one. Despite the magnitude of injuries they have been dealing with, they rank fifth in the majors at 5.35 runs per game (4.83 at home). For the Rays, they come in at 18th, averaging 4.71 runs per game (4.76 on the road).

When you put it all together, Tampa Bay actually comes out ahead on the run differential. They currently rank fourth with a +96 run differential while the Yankees come in sixth at +65.

Rays Look To Do Damage

While the team is not inundated with star power, the Rays certainly continue to find ways to win. Tampa Bay has been one of the most impressive teams this season and will look to starter Yonny Chirinos to keep it going Monday. On the season, Chirinos is 7-2 in 14 games (eight starts) with a 2.88 ERA, 0.93 ERA and opponents are hitting just .207 against him.

In 75 innings, Chirinos has allowed 56 hits, 24 earned runs, 11 home runs and has struck out 62 versus 14 walks. In his last outing, a 6-2 loss to the A’s, Chirinos went six innings, allowing seven hits, one walk, and two earned runs while striking out seven.

On the offensive side, the Rays have been getting production throughout the lineup. While on paper they may not look stacked, they have five players (Austin Meadows, Tommy Pham, Avisail Garcia, Brandon Lowe, and Yandy Diaz) with double-digit home runs, and each of those players is hitting .286 or higher. Probably their most consistent hitter throughout the season has been Meadows. On the season, he is hitting .314/.388/.575 with 12 home runs, 38 runs batted in and 33 runs scored. He has also added eight stolen bases for good measure.

Yankees Look To Stay On Top

It is a scary thought to think that the Yankees sit on top of the AL East, and they are starting to reload. Aaron Judge and Giancarlo Stanton are on rehab assignments and hoping to join the club soon, and this week, the Yankees swung a trade for the AL home run leader Edwin Encarnacion. Amongst a lot of good hitters, two of the better ones thus far have been DJ LeMahieu and Gary Sanchez. For LeMahieu, he is hitting .312/.356/.451 with seven home runs, 41 runs batted in and 44 runs scored. For Sanchez, he leads the team in home runs with 20 while also adding 43 runs batted in and 32 runs scored in only 192 at-bats.

In his last outing, a 12-5 win over the Mets, he went 6 2/3 innings, allowing seven hits and five runs (four earned) while striking out seven. He will look to build on this start against a much tougher Rays team on Monday.

This one is a tough one for me. Chirinos has been solid this season, but the offense of the Yankees is scary (even without some of their superstars). Still, I think it will be the pitching that wins out on this one, and while Tanaka snapped a four-start winless streak in his last outing, he still allowed four runs.

Granted, if he can get it to the bullpen relatively unscathed, the Rays could be in trouble; however, in what I anticipate to be a relatively low-scoring game, I think the Rays will pick up the early win. This one is close enough that when the moneyline comes out, you might just go with the one that will give you more bang for the buck, but for my money, I like the Rays in this one.