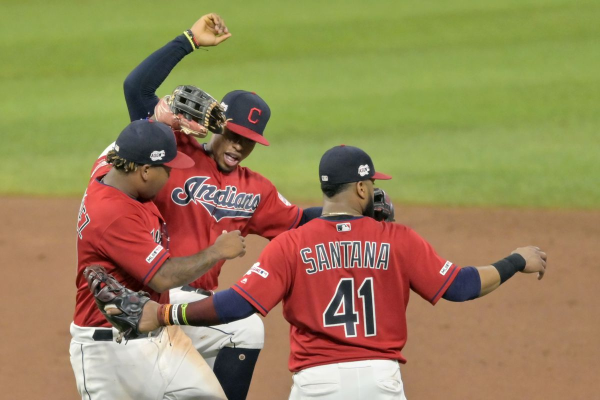 Wednesday will feature an AL Central matchup as the Detroit Tigers (29-61) take on the Cleveland Indians (53-40) at Progressive Field in Cleveland. For the Tigers, this has been a lost season as they currently sit in last in the division, 27.5 games behind the first-place Twins. Their focus at this point is more on the trade deadline as they will likely be sellers with names like Matt Boyd, Nick Castellanos and Shane Greene on the trade block.

For the Indians, they find themselves right back in the thick of things as they sit just five games behind the Twins and currently hold the second Wild Card spot in the American League. The pitching matchup for this one features Spencer Turnbull (3-8, 3.59 ERA) taking the ball for the Tigers against the Indians’ Mike Clevinger (2-2, 3.99 ERA). First pitch for this contest is scheduled for 7:10 pm ET.

The moneyline for this one comes in at the Detroit Tigers +220 and the Cleveland Indians -260. The over/under for total runs scored is 9.

On the offensive side, neither of these teams has been particularly good, but it is the Indians who hold the edge. They currently rank 20th in the majors, averaging 4.49 runs per game (4.40 at home), while the Tigers come in at 29th with just 3.73 runs per game (4.13 on the road).

There was no doubt coming into this season that Detroit would likely not be competitive as they are certainly in the midst of a rebuild. With that in mind, this time of the year brings the question of who will be traded for teams like the Tigers.

On the offensive side, Nick Castellanos stands out as the most likely. This season, he is hitting .280/.342/.462 with nine home runs, 34 runs batted in and 52 runs scored. While those numbers aren’t quite what he was at last season, there are still contenders that will likely be interested.

One player that likely won’t be going anywhere due to his contract and age is Miguel Cabrera. The likely future Hall-of-Famer is hitting .290/.352/.380 with five home runs, 37 runs batted in and 23 runs scored, but he is a shell of the player he used to be.

Getting the ball for the Tigers on Wednesday will be Spencer Turnbull. On the season, he is 3-8 with a 3.59 ERA, 1.37 WHIP and opponents are hitting .253 against him. In 92.2 innings, he has allowed 90 hits, 37 earned runs, nine home runs and has struck out 85 versus 37 walks. In his last outing, an 8-5 loss to the Royals, Turnbull went three innings, allowing four hits, three walks, and five runs (four earned) while striking out just one. He will look for a better outing on Wednesday.

Indians Making A Run At Postseason

Objects in the rearview mirror are closer than they appear. That is likely what the Minnesota Twins are feeling right now as the Indians have been rolling of late and making a push at the postseason. Trying to help their cause on Wednesday will be Mike Clevinger. The righty is 2-2 with a 3.99 ERA in six starts this season.

In that time he has a 1.02 WHIP, opponents are hitting .175 against him, and he has 46 strikeouts versus 12 walks. He has been better of late. In his last outing, a 5-3 loss to the Twins, Clevinger went five innings, allowing just four hits, two walks, and one earned run while striking out six. He will look to keep it going against the Tigers anemic offense.

On the offensive side, the Indians are thankful to finally be seeing the real Jose Ramirez. After struggling most of the season, he has certainly picked it up of late. In the last 30 days, Ramirez is hitting .296/.348/.556 with four home runs, 16 runs batted in and 16 runs scored.

With the moneyline favoring the Detroit Tigers as supreme underdogs, I really tried to find a way to like them in this one, but I just can’t. Their offense has been anemic, they have nothing to play for and, to make matters worse, Turnbull is 0-3 against the Indians this season with a 7.07 ERA. Throw on top of that the fact that Mike Clevinger has looked pretty superb lately, and it is just hard to put money on them. While anything can certainly happen in baseball, I feel pretty comfortable taking the Cleveland Indians in this one despite the -260 moneyline.