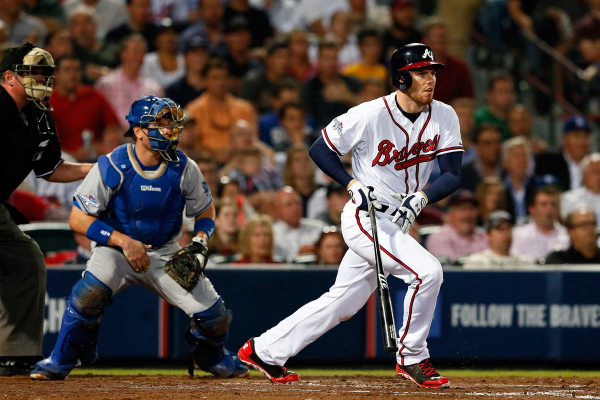 Wednesday will feature a showdown between NL East rivals when the Philadelphia Phillies (45-40) take on the Atlanta Braves (50-36) at SunTrust Park in the second of a three-game series. In the first game, the Phillies blanked the Braves 2-0 behind a masterful outing by Aaron Nola. With that win, the Phillies have narrowed the gap in the NL East to 4.5 games behind the Braves.

The pitching matchup for Tuesday’s game will feature Nick Pivetta (4-2, 5.63 ERA) taking the mound for the Phillies against the Braves’ Bryse Wilson (0-0, 8.31 ERA). First pitch for this matchup is scheduled for 7:20 pm ET.

The moneyline for this contest is set at the Philadelphia Phillies +130 and the Atlanta Braves -130. The over/under for runs scored is set at 10.5.

On the offensive side, the Atlanta Braves hold the advantage. In terms of runs scored, the Braves rank sixth in the majors, averaging 5.42 runs per game (5.88 at home). For the Phillies, they come in 15th with a 4.90 average (4.55 on the road).

Phillies Look To Keep Pressure On

Sitting just 4.5 games behind the Braves, the Phillies would love nothing more than to win (or even sweep) this series on the road to put some pressure on Atlanta. To do so, they will turn to Pivetta on Wednesday to try to take game two of the series. On the season, Pivetta is 4-2 in 10 starts with a 5.63 ERA, 1.52 WHIP and opponents are hitting a whopping .300 off of him.

In 56 innings, Pivetta has allowed 67 runs, 35 earned runs, 14 home runs and has struck out 48 while walking 18. In his last outing, a 5-4 win over the Mets, Pivetta went 5 2/3 innings, allowing nine hits, three walks, and four earned runs while striking out three. He will need to improve to keep a dynamic Braves’ offense in check.

On the offensive side, Scott Kingery has been one of the Phillies’ best hitters over the last 30 days. In that time, he is hitting .307/.364/.614 with seven home runs, 16 runs batted in and 17 runs scored. One player that the Phillies keep waiting on, though, is Bryce Harper. On the season, the star outfielder is hitting just .247/.364/.465 with 15 home runs, 59 runs batted in and 50 runs scored. While that may not be the worst stat line in the world, Philadelphia was certainly expecting more when they signed him to the massive contract in the offseason.

Braves Hope To Get Offense Going

Unfortunately for Dallas Keuchel, he was the hard-luck loser on Tuesday as he really didn’t pitch bad, but the offense couldn’t get anything going. For the Braves, they will look to bounce back against Pivetta, a player many have had success against in the past. Dansby Swanson, Brian McCann, Nick Markakis, Freddie Freeman, and Josh Donaldson have all homered off of him.

Not surprisingly, Freeman has the best stat line against the righty. In his career, Freeman is hitting .304 in 23 at-bats with a home run and five runs batted in. It makes sense given that Freeman mashes most pitchers, as he is hitting .309/.395/.585 with 22 home runs, 65 runs batted in and 63 runs scored this year.

On the pitching side, the Braves will turn to Wilson in game two. On the season, Wilson is 0-0 in two starts (three games total) with an 8.31 ERA, 1.85 WHIP and opponents are hitting .306 against him. In 8 2/3 innings, he has allowed 11 hits, eight earned runs, two home runs and has struck out 10 while walking five. In his last start, a 9-7 loss to the Cubs, he went 4 1/3 innings, allowing six hits, one walk and six runs (four earned) while striking out six. He will look to improve on that outing on Wednesday.

What can I say, the pitching matchup looks pretty ugly on both sides. Pivetta has gotten shelled as of late, and Wilson certainly hasn’t done any better. With that in mind, I have to lean towards the better offense, the one that can make the opposing pitcher pay more, and that has been the Braves to this point. I would especially watch out for Freeman in this one, though the Braves can beat you throughout their lineup. If you wanted to take the underdogs and the more favorable moneyline in the Phillies, I wouldn’t blame you, but for my money, I am taking the Braves at -130.